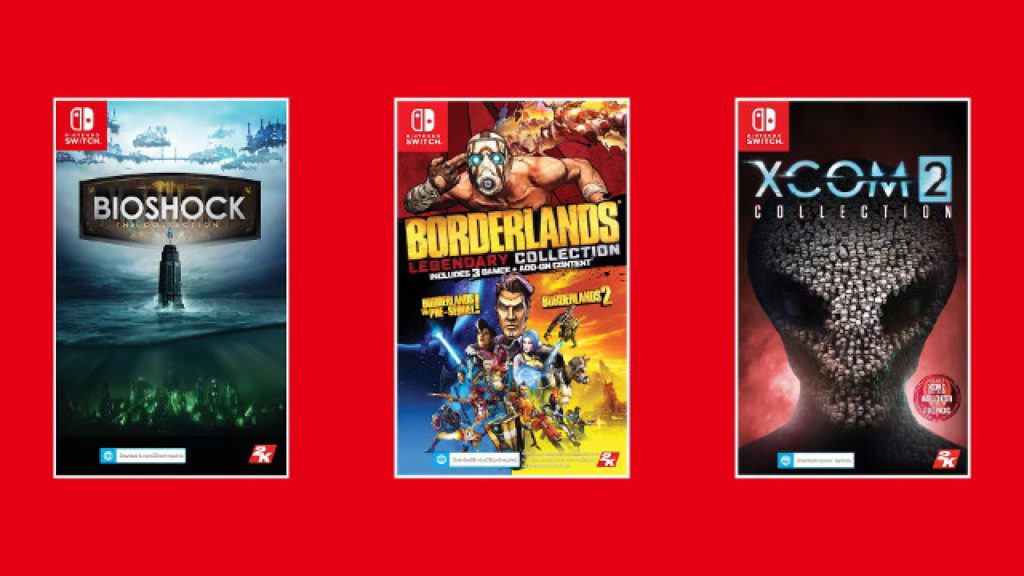 The Nintendo Switch library of games continues to grow with the addition of three major franchises by 2K today.

BioShock: The Collection, XCOM 2 Collection and Borderlands Legendary Collection have officially released on the platform today. Each collection comes with both the base games and downloadable expansions.

Experience the unforgettable worlds and monumental stories of the award-winning BioShock series with BioShock: The Collection. Journey to the beautiful, ominous cities of Rapture and Columbia across BioShock Remastered, BioShock 2 Remastered, and BioShock Infinite, including all single-player DLC, on the Nintendo Switch.

The physical game contains a 16GB cartridge including the opening acts of BioShock Remastered, BioShock 2 Remastered, and BioShock Infinite: The Complete Edition. For later game contents a 30GB download is required.

Ignite a global resistance to eliminate the alien threat and save the human race from extinction with the XCOM 2 Collection on Nintendo Switch, which contains:

The physical game contains an 8GB cartridge that features Borderlands: Game of the Year Edition, with a 7.7GB download required for all DLC/Add-on content. For Borderlands 2 and Borderlands: The Pre-Sequel a 35GB download is required