After years of watching numerous films about surviving the zombie apocalypse, I thought I’d seen it all. The narrative of a group of survivors overcoming the odds and defeating the zombie invasion that threatened to destroy all of humanity was so profoundly prominent in almost all the films that I’d seen that I didn’t have it in me to watch the film, Zombieland, when it first came out.

Fast forward several years later and an avoidance of zombie themed films, Zombieland: Double Tap (“Zombieland 2”) released. Having not seen the first film, I thought I’d simply give the sequel a skip, something that several friends deemed a ‘mistake’, given the popularity of the first film. So, wanting to be convinced that the franchise could catch my interest, I decided to watch the film.

Sadly I didn’t have the time to watch the first film prior to its sequel, so this review is purely based on my experience with Zombieland 2 as a standalone. I know, I know, I should have watched the first film beforehand, but now that I’ve seen the second, I must say I’m intrigued by the first, given that others have mentioned that it’s much better than its sequel.

Zombieland 2 takes place ten years after the events of Zombieland. The film follows the four main survivors from the first film, Tallahassee (Woody Harrelson), Columbus (Jesse Eisenberg), Wichita (Emma Stone) and Little Rock (Abigail Breslin), who are now well versed in the art of zombie disposal. Having stumbled across the abandoned White House, the four make it their temporary home, however, Wichita and Little Rock, overwhelmed by the growing attachment between the group, decide to leave. Soon after, Wichita returns to the two men seeking help to find a missing Little Rock. What ensues is an interesting adventure to Graceland, the legendary home of Elvis Presley, where the group hope to find Little Rock. Of course, this adventure includes a whole lot of zombie slaying, particularly, a new and stronger breed of zombie, known as the T-800 (after the Terminator robots). 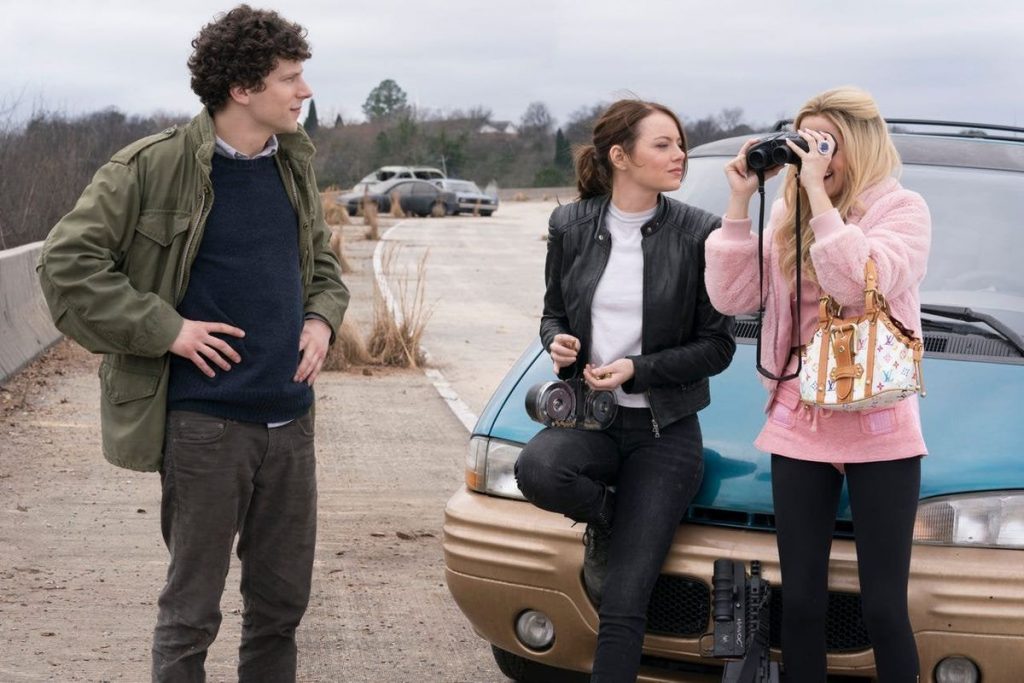 In a nutshell, the film is essentially a typical zombie survival comedy-action film. Unlike many others in the horror genre, Zombieland 2 doesn’t take itself too seriously, and neither do the characters. The narrative is predictable, albeit some little surprises here and there, and attempts to focus on the bond that the four share. However, this ‘bond’ didn’t come across as incredibly strong. Yes, they’re like family after killing hordes of zombies together, but there’s something lacking in the way in which the characters interact. Having not seen the first film, it’s hard to say whether the bond in the sequel was stronger or less so compared to the first. Either way, I wasn’t fully convinced.

Action wise, there were a fair amount of zombie beat downs and gun fire to keep action fans enthused but I actually expected a lot more than what was included in the film. Sure, it was cool to see the characters and their prowess using a whole range of weaponry but given this is the sequel film, I thought there’d be more and to be very honest, felt overall…underwhelmed. 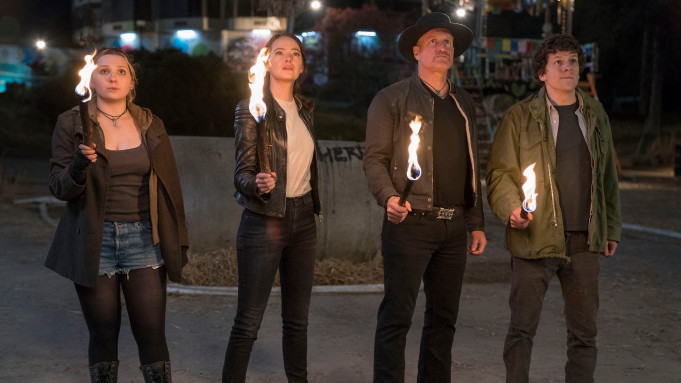 Visually, the film was as aesthetically pleasing as you can expect from a zombie survival film. The pop-ups about Columbus’ rules was fitting and fun to see, something I assume was quite a feature in the first film.

Given that I’ve heard such praise about the first film, I expected the sequel to have me glued to my seat. While it certainly was an entertaining watch, something to sit back and enjoy mindlessly on a weekend night, I wasn’t captivated and didn’t feel that special something that fans of the franchise said that I would. If I had to sum Zombieland 2 up in a nutshell, all I can say is: It’s just another zombie survival film with some fun moments.

Despite the rather lacklustre sequel, I’m tempted to watch the first film and compare the two. Perhaps my opinion of this film will change once I’ve seen the first. Stay tuned to find out.