All of those who identify with being a 90s Kid will surely remember the catchy tune of one of the early 1990s best cartoons, Captain Planet and the Planeteers (“Captain Planet”). Even as I write this review, I am tempted to sing out loud the theme song of the cartoon series which filled my afternoons after school. Captain Planet is quite possibly one of the most educational animated programmes, whose core message still holds relevance today, over 20 years later.

The cartoon series first aired between 1990 and 1992 when global environmental issues first took centre stage as a serious matter requiring action. Now, two decades later, the world is still rife with environmental disasters with excessive deforestation, oil spills, pollution and unnecessary hunting. Now more than ever do we need a blue skinned, green mulleted environmental superhero to save the day. Alas, all we currently have is the first season of Captain Planet out on DVD, which will do for now, especially in terms of educating the next generation about ecological problems plaguing our home planet. 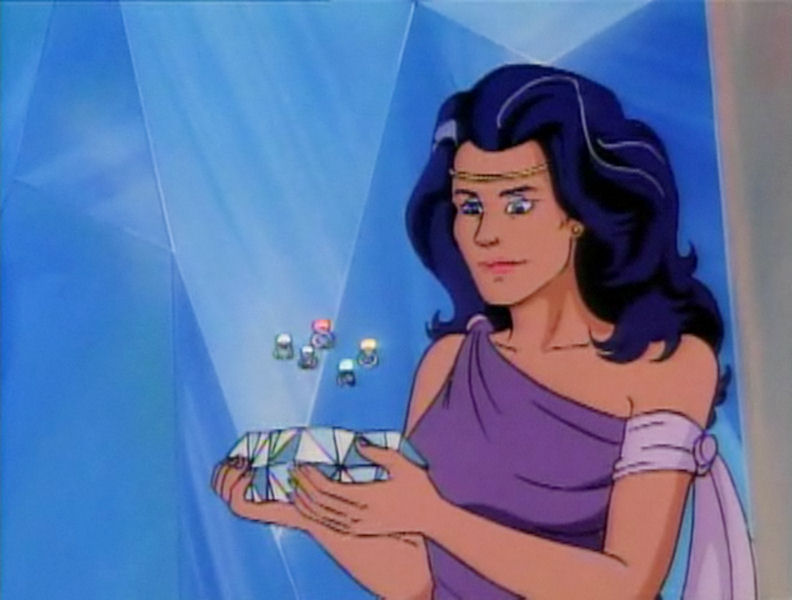 The DVD release of Captain Planet reveals the synopsis of the cartoon series as:

Guided by the ancient wisdom of Gaia and armed only with the will to do good with the strength of the Earth itself, five young Planeteers from around the globe fight to protect the planet from those ready to do it harm.

True enough, the series opens with the Goddess of Earth (or Mother Nature), Gaia, being awoken from her slumber by the damaging drilling being done above her chambers. Realising the vast damages being done to the planet, she bestows five special rings, each with a unique elemental power of earth, fire, wind, water and  heart (to signify the goodness in mankind) to five worthy individuals, dubbed the Planeteers, who are tasked with protecting the Earth from horrific environmental disasters using their new gifts and teaching the rest of the world about ecological salvation and environmental protection. Where the threat is too great for the Planeteers, they are able to summon the great colourful hero, Captain Planet, who is a rather cool saviour of Earth. 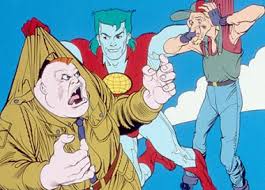 Captain Planet does well to depict polluters and those who abuse the Earth’s resources as the villains of the show. As a child, these villains were just baddies that needed to be stopped. As an adult rewatching the series, I now realise that these villains could be any one of us, from those who litter and cause unnecessary pollution to those who bulldoze forestry to build commercial buildings for monetary gain. It’s amazing how well the creators of Captain Planet came up with a fun way to teach children the importance of cleaning and protecting the environment. 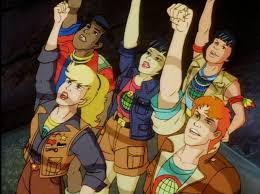 Not only does the series include great story-telling, but at the end of each episode is a Planeteer Alert in which key environmental issues around the world are highlighted with a message from a Planeteer and/or Captain Planet. 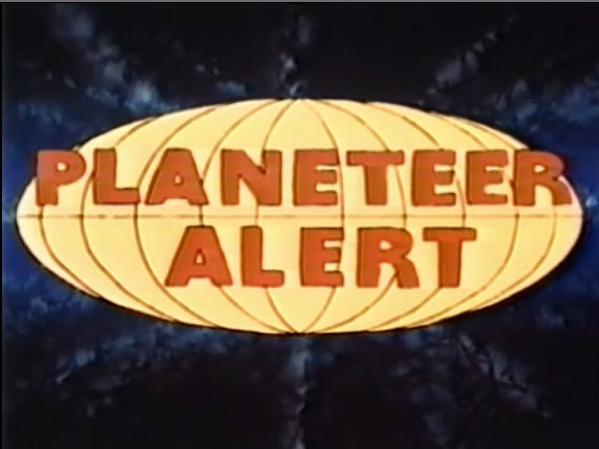 Season one of the cartoon series brought back amazing memories but also illustrates just how good the quality of 90s cartoons were. Cartoons back in the 1990s weren’t just fun and games, they were wholesome, entertaining, educational and brilliantly animated. It makes me feel sad for the kids of today and those in the future who may never know the fabulousness of 90s cartoons, especially Saturday morning 90s cartoons. Thankfully Madman Entertainment has it covered with a whole host of classic cartoons available on DVD.

If you’re a 90s kid like me, a fan of great cartoons or simply someone who enjoys a good wholesome show, get your hands on season 1 of Captain Planet directly from Madman Entertainment and feast your eyes on one of the best cartoons out there, in my personal opinion.

The Powerpuff Girls Season 1 and 2 Review

No Man’s Sky Xbox One Review: From Then To Now