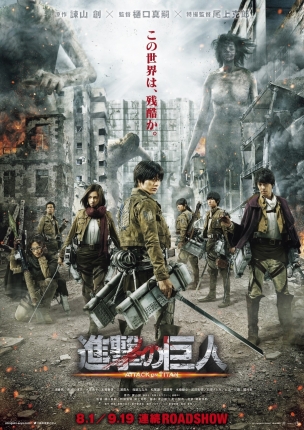 Attack on Titan. Anyone who has an interest in anime or manga will immediately recognise the name. A popular series created by Hajime Isayama, Attack on Titan rose to popularity almost instantly and has been a huge commercial success, with the anime series gaining critical acclaim and the manga selling over 52.5 million copies worldwide.

With such praise and a demand for more, a live action film was developed to satisfy the needs of fans who are currently awaiting (some, such as myself, rather impatiently) for more episodes and volumes of the anime and manga respectively.

Last night, a group of us headed along to the live action screening and the movie didn’t disappoint, albeit there being several moments of shock, confusion, comparisons to the anime and dare I say, moments of adulation for the daring inclusions of the most unnecessary and bizarre scenes that left me asking one simple thing, “why?”

The live action film did a fantastic job of making a world with Titans appear realistic. From the crisp colours in the opening scenes depicting a peaceful life within the walls to the dark, gloomy grey of the world post-Titan attack, nothing seemed out-of-place and the depiction of the great wall keeping the Titans out was on point, appearing larger than life, robust and almost menacing in a way that one could easily understand why some of the people behind the wall felt imprisoned.

The filming techniques and effects used certainly made me feel as if I was part of the movie, drawing me into the world on-screen and easily kept me on my toes, wondering when the tides would turn and the dreary skies would clear to signify some sort of victory. In addition, the live action scenery appeared to fall in line with that in the anime, to which I was delighted for I had been slightly worried that the live action film would attempt to do too much and give the impression of being grossly unnatural.

What posed the biggest impact, for me personally, was the arrival of the Colossal Titan. The use of a deep roaring sound, enormous amounts of smoke, flashes of light and sporadic movements made the Colossal Titan appear visually glorious, God-like and was absolutely a colossus. Had I not been in public, I would have applauded for the perfectly executed scene of the Colossal Titan’s attack.

In direct comparison to the anime, the live action Titans were more believable as vile, horrid creatures. That is not to say that the Titans in the anime weren’t just as monstrous. In the anime, the Titans didn’t seem to have any kind of expression to killing or reaction to being attacked. In the live action film, however, not only did the Titans look incredibly ghastly, even if a little ridiculous, their laughter as they tore through the village and the eerie hum in the sounds they made portrayed the immediate fact that they were beasts that took pleasure and felt sheer and utter glee in the terrorising and killings of the humans.

When it came to the Eren Titan though, the similarities were uncanny, although a real life version of a scary monster will always be just that, scary. I have to admit though, the live action Eren Titan was just as cool as the anime version.

First let’s start with the characters that closely resembled their anime counterparts and that I thoroughly enjoyed watching on-screen.

Despite a difference in name, the role of Captain Hanji was unmistakeable in the live action film. Both the anime and live action depictions of the character were almost synonymous from the appearance right down to the exuberance, intelligence and eccentric personality of the Captain. Not to mention the hilarity in which the character portrays her obsession over the Titans. Needless to say, the actress in the live action film did a fantastic job of playing the role given to her and provided the much-needed comedic relief required in a dark, post-apocalyptic movie.

Apart from the lack of blond hair and blue eyes, the actor who played the live action Armin was believable as the intelligent, kind-hearted, and a bit of a cry baby, Armin. The character in both the anime and live action kept the story grounded with his humanity and his display of true emotions when struck with tragedy, from fear to incredible sadness. All in all, the live action Armin pulled off the role of his anime counterpart fairly well.

Now on to the characters that I felt were a ways off from the anime and personally did not enjoy watching on-screen.

From the trailers and reviews that I had seen about the live action film, I had prepared myself for the worst when it came to the most prominent female character of the series but I hadn’t anticipated the character to be a complete let down.

In the anime, Mikasa, the adopted sister of Eren, has a strong sense of duty to protect her only living ‘family’ member at all costs. This was, in part, due to the incredible bond they share that developed through a traumatic childhood experience. Due to the motivation of keeping Eren alive, Mikasa is portrayed as a strong, fierce and incredible female warrior, a typical badass heroine, who only ever showed emotion when it came to the thought of losing Eren. Anyone in touch with their emotions could easily sense the strong love she felt for Eren and the deep sense of loneliness that plagued her, the effects of having lost her parents, in such a vile and cruel way, at a young age.

In the live action film, Mikasa is almost a different character completely. Prior to the Titan attack, she was merely a soft, utterly feminine love interest for Eren, who supposedly died during the Titan’s attack. Fast forward two years later, it is revealed that she’s alive and has become the badass that she should be, however, her ‘love’ for Eren has ceased to exist and in attempt to be as emotionally flat as her anime counterpart, Mikasa doesn’t even flinch to seeing her friends alive and well upon a reunion. It was almost as if she never had any kind of relationship with either Eren or Armin. Essentially, there was no real driving force behind her being a warrior and it almost seemed pointless to have Mikasa even in the movie after her ‘death’, as at one point, she even chooses to ignore a dying Eren instead of offering help. Ultimately, the live action Mikasa left me completely disappointed and made me question her role in the movie.

To even go into depth as to the character of Eren in the live action film would be a waste of time. As with Mikasa, the anime’s version of Eren had a clear purpose and reason for his hatred towards the Titans. In addition, some hints are given as to why he becomes eventually becomes Titan, himself .

Eren’s live action counterpart began his quest to defeat the Titans due to the loss of his girlfriend, Mikasa. However, upon revelation of her survival and the fact that there was a new man in her life, there really didn’t seem to be any point as to why Eren would be dead set against killing Titans. The actor himself was a poor choice, lacking the ability to truly display the depths of character and personality Eren should have had. Throughout the movie, all I could see was that the acting appeared forced and completely unnatural. A let down to say the least.

Who is this guy? If he is meant to be the live action version of Captain Levi, the actor portrayed a rather interesting take on the character. It was completely unexpected and slightly disturbing. He is also the new man in Mikasa’s life. No more needs to be said.

WTF Moments That Left Me Bewildered and Confused

There were several aspects of the live action film that I enjoyed such as the inclusion of adorable children whose interaction with the adults tug at my heartstrings (for example, when the little boy asks Armin to fix his mechanical toy and when the young girl gives away her doll to Armin as he set out for his first mission). Yet, there were many a moment that left me at a loss for words. Here are some snippets:

All in all, Attack on Titan as a whole is a brilliant piece of work. Had I not watched the anime, I may have enjoyed the live action a lot more, however, a part of me felt a little disappointed that crucial scenes, characters and even plot were not included into the movie. I suppose the jury is out until Part 2 of the live action hits theatres.

Whether you are an Attack on Titan fan or not, I would recommend watching the movie at least once, if not for the plot, then at least for the one thing Japanese films seem to do exceptionally well, the effects.

For more pop culture and anime rantings and reviews, check out my blog, The Vanguard 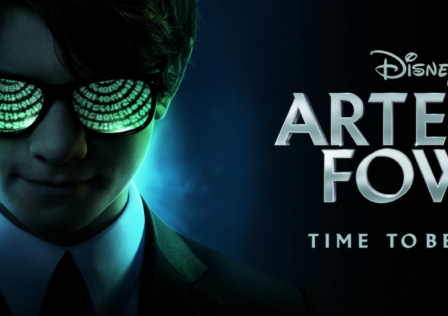 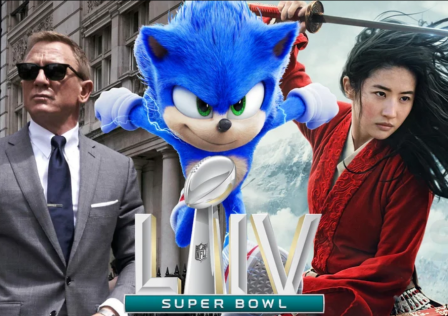 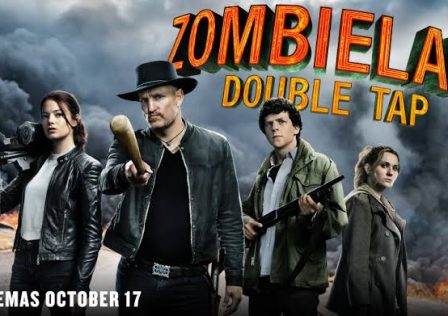