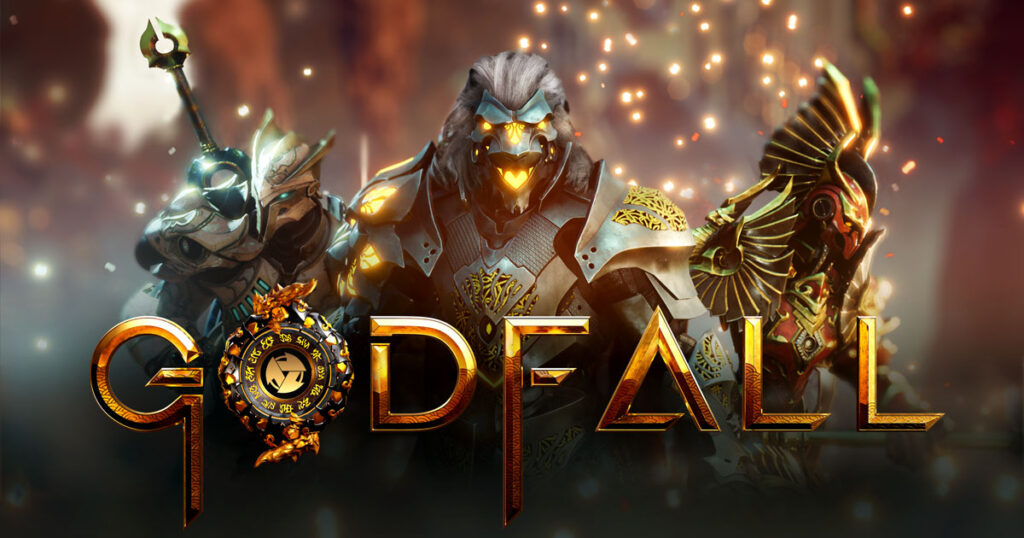 On the official Godfall website, the developers define Godfall as a high-impact combat looter-slasher and that the game is played “better together”. In my opinion, one of those statements is wrong and it’s probably the most important one.

The story set up is simple. You play as Orin, one of two brothers in arms in a ‘high fantasy’ setting (think knights in over the top armor and weapons) and as the often cliche story goes, his brother, Macros betrays him, leaving Orin for dead and attempts to become the ultimate power in the world. After his brush with death, Orin swears vengeance and looks to stop his brother’s quest and so the game begins. 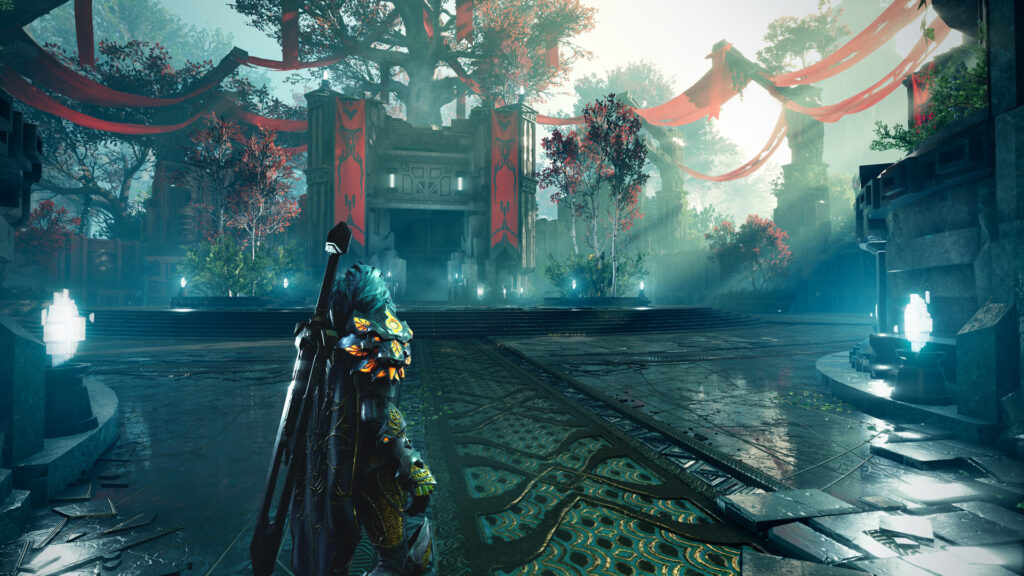 Given the emphasis around combat in most of the game’s marketing, one would figure that combat would be the game’s defining feature.Well, ‘defining’ is certainly one way to put it. For me, the combat mechanic defined Godfall as one of the clunkiest brawlers I have ever played.

With games like Demon Souls or God of War, the combat just feels nice to play. There’s a certain rhythm you pick up and all the attack and defensive options feel responsive. I can’t say the same for Godfall. It just didn’t feel pleasant and I can pin that down to two things, the auto-lock and the camera.

In Godfall, however, it felt like the game simply rolls a dice and moves the focus to whichever enemy it so chooses, rather than the enemy you selected. My ‘favourite’ moment, which happened more than once, was when I attempted to change targets to the enemy that was charging toward me. Instead of locking onto said enemy, the game chose to lock onto the enemy at the far back. Very helpful…not. 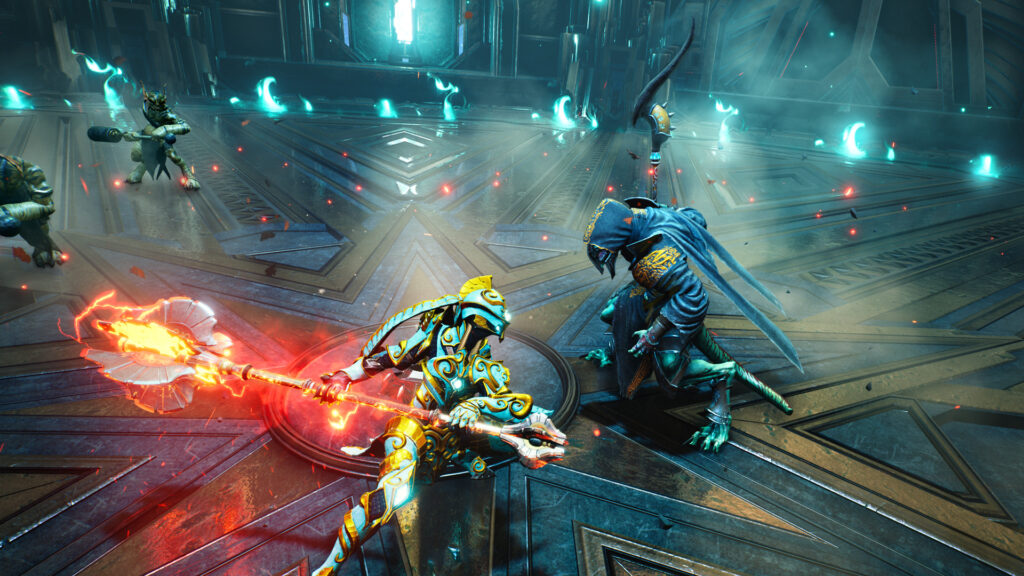 With the auto-lock not working as intended, you’ll need to rely a lot more on adjusting the camera. For a game that solely focuses on combat, having to re-adjust the camera while fighting fast moving enemies can be tedious. This is even more so when fighting bosses.

With the combat being so finicky and clunky, it’s hard to appreciate anything else in the game. There is equipment in the game that you eventually pick up called “Valor Plates”; these are legendary pieces of armor that are effectively your ‘classes’ for the game.  Each comes with a unique passive and ultimate ability so you can mix things up as you go along. There’s also a 5×5 grid skill tree that give you more stats and abilities as you play. 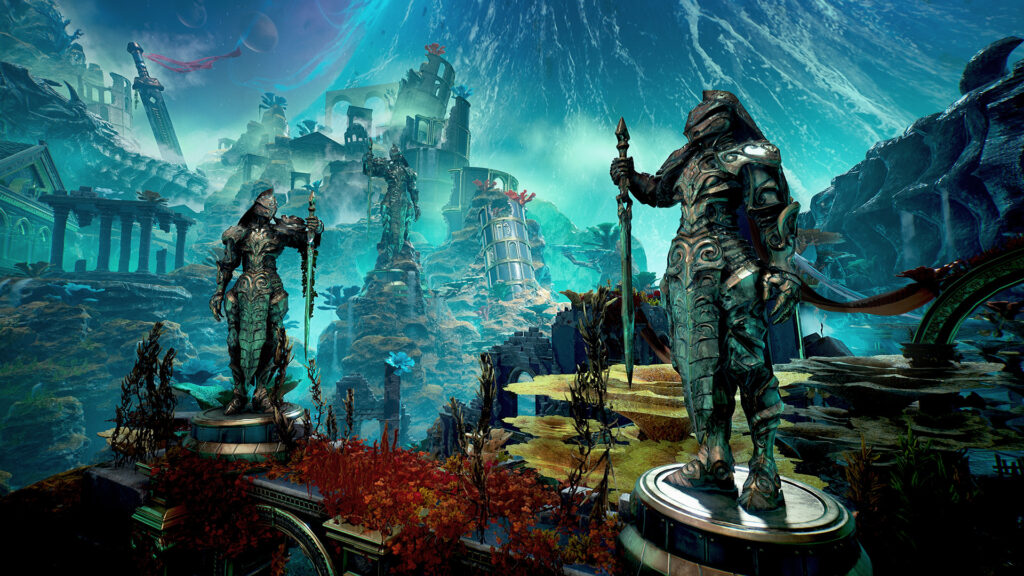 I think the easiest way to sum up Godfall is that it’s a third person, hack’n’slash Destiny. The story isn’t engaging and the ending leaves much to be desired. You simply go around killing monsters and upgrading your gear.

The level select is a map that’s broken up into three areas, Earth Realm, Water Realm and Air Realm where you have to track down the big bad’s ‘Generals’ and kill them. What’s interesting to note is that each area has one bad General you’re meant to kill, but the final area has two. This, added to the fact that it was announced that there would be a Fire Realm and Spirit Realm, begs the question, was this game rushed out? Or perhaps these additional realms will be seen in some future DLC. 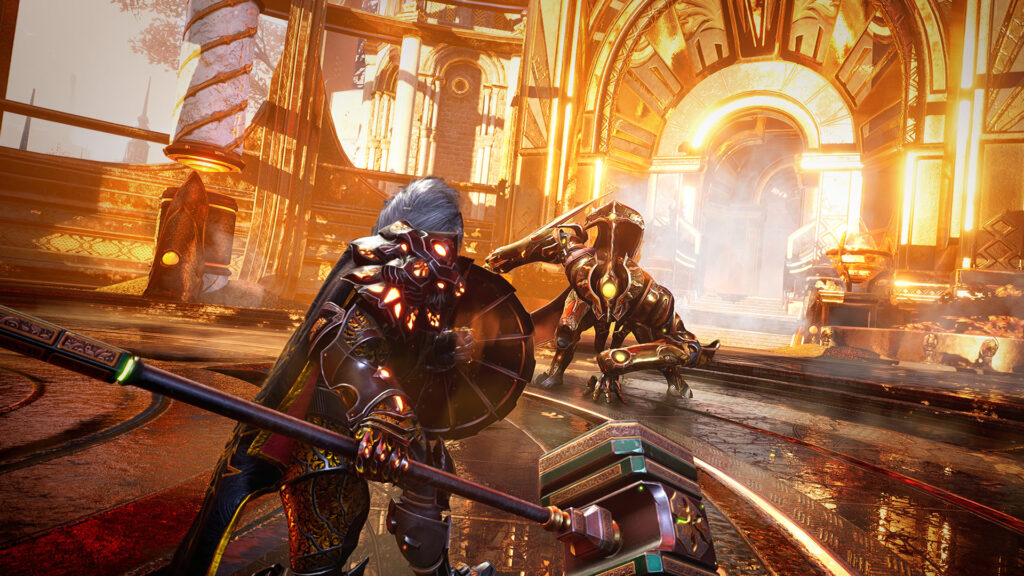 Gameplay aside, the visuals are really nice. Ray-tracing and particle effects are used aplenty throughout the game. However, each of the areas sometimes feel like they’re just a reskin of each other with a different filter slapped on top. In saying that, for me, graphics don’t make the game, gameplay does.

At the end of the day Godfall feels like a PS5 tech demo, not a fully fledged triple ‘A’ title. As mentioned, fans of Destiny may enjoy this game as it shares a lot of similarities to the base game. I, for one, was hoping for another Souls-like game to add to my collection, but unfortunately what I got was another Anthem. Maybe when the DLCs come out I’ll try it again, but for now, it’s a pass for me. 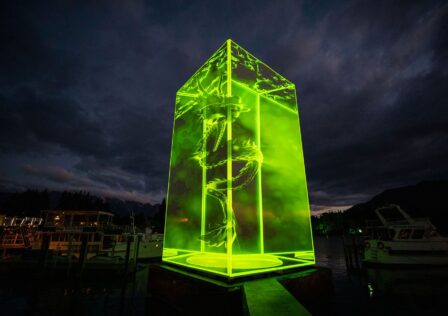