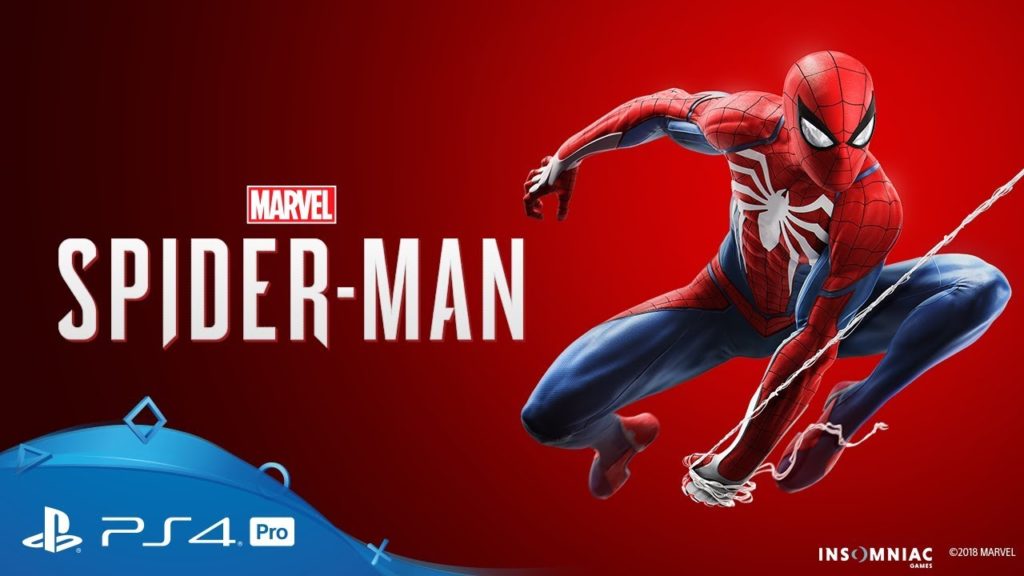 Spider-Man has always been a big part of my life. Reruns of the 1960s Spider-Man and Friends cartoon was one of the earliest superhero cartoons I’d watched, with the 1990s version being one that I ran home to watch everyday after school. My first comic book was a Spider-Man comic, and I had several Spider-Man action figures instead of Barbie dolls. As I grew up, I continued to read Spider-Man related comic books and graphic novels, saving up all my money to collect vintage silver-age Spider-Man comics. I even played the Spider-Man games on several consoles (I come from Malaysia where we mostly played knock-off games ported to different consoles).

Needless to say, I’m a huge Spidey fan and I squealed with excitement when I learnt that Insomniac Games was producing a new Spider-Man game. Of course, I pre-ordered my Collector’s Edition as soon as it was announced as I love collectible statues and couldn’t contain my excitement when not only did my Collector’s Edition arrive but I also received a limited edition Spider-Man Media Kit from the amazing folks at PlayStation New Zealand. 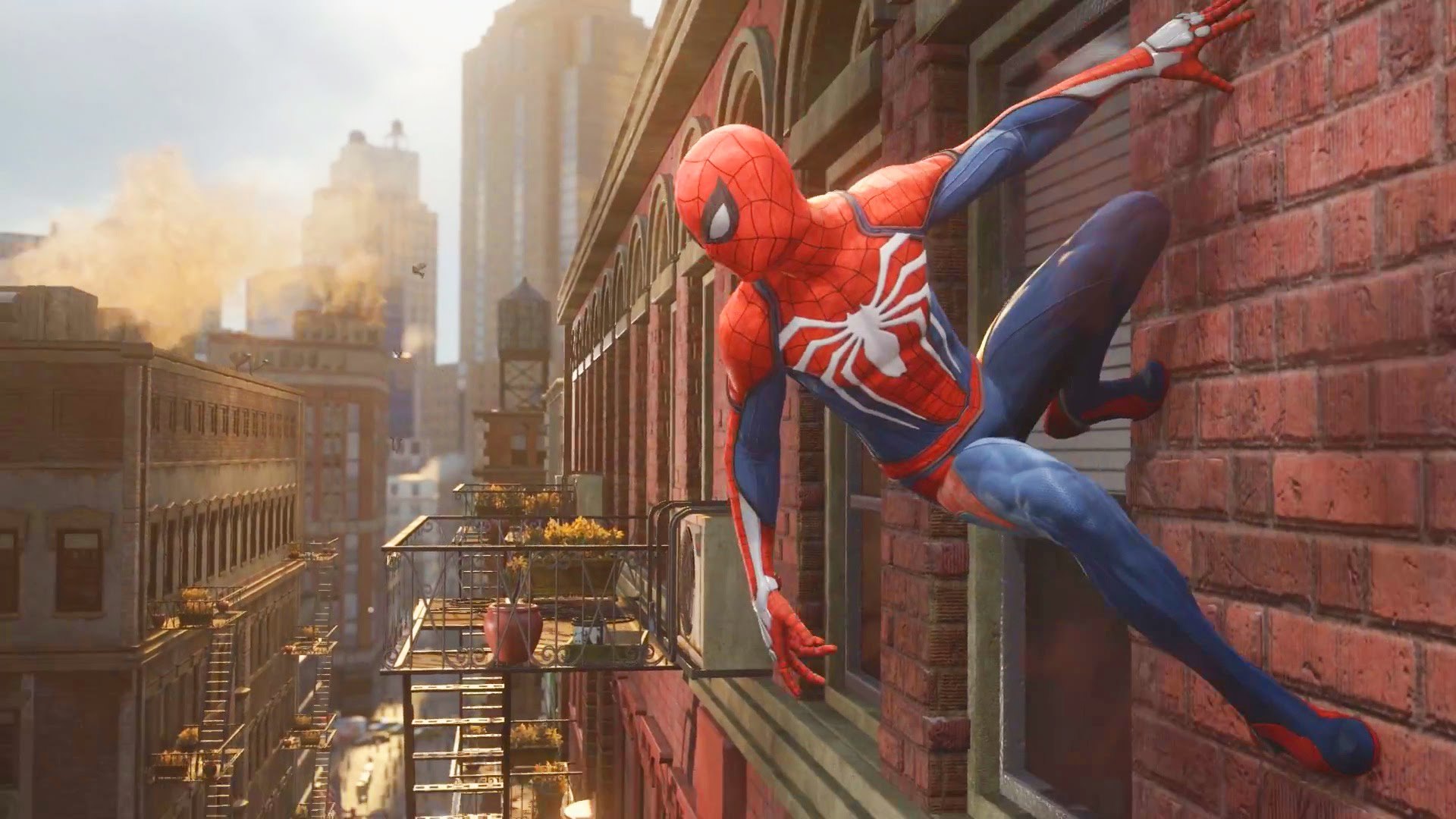 When midnight September 7th rolled over, I was online ready to play and was one of the first few people in the world playing the game. What a rush that was, on top of the fact that the game was just breathtakingly stunning.

Marvel’s Spider-Man (“Spider-Man”) is an action-adventure game developed by Insomniac Games based on Marvel Comics’ popular web-slinging superhero, Spider-Man. The game takes place about eight years since Peter Parker took up the mantle as the web-slinging hero. He’s settled in his role as New York City’s guardian, working with NYPD captain, Yuri Watanabe, to clean up the streets while also working as a lab assistant for Dr. Otto Octavius, who is trying to perfect his artificial limb technology.

Unlike other adaptations of Spider-Man, Insomniac’s game is incredibly unique, with a story that is completely original and one which isn’t tied to a story based off any comic book, game or even, film. The originality in the narrative is what I personally think adds excitement and thrill to Spider-Man. 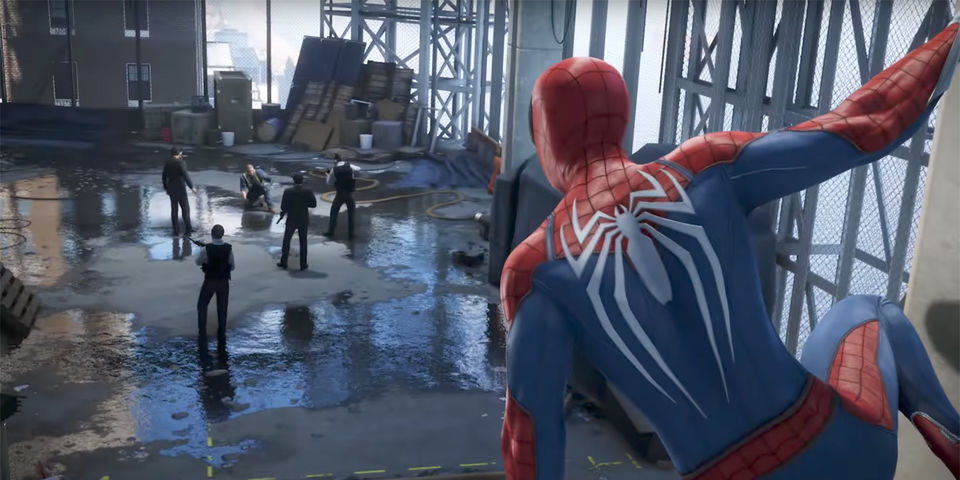 Right from the beginning of the game, I was entranced. The introduction and opening scene gave me chills as the music, narration and graphics left me feeling like I was watching a Marvel film in the comfort of my own home. The graphics were exceptionally and breathtakingly stunning with crisp and clear visuals that made the game’s environment and characters looks realistic. The entire city was absolutely gorgeous and it honestly felt as if I was right there in the heart of New York with Spider-Man.

I can’t stop gushing about the beauty of the game. Every scene felt like a visual spectacle, which, for someone who appreciates brilliant art work and visual effects, was a delight. Having a photo mode made it all the more fun to take in the game’s visuals. Being able to take spider selfies and capture the stunning cityscape allowed for a more deeper appreciation of the game’s effects and visual appeal. 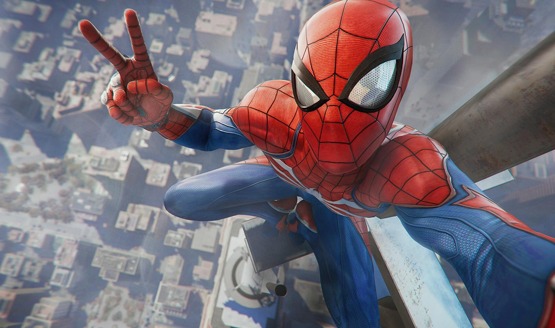 Narratively speaking, the game didn’t miss a beat and kept me engaged throughout. Unlike some of the film adaptations, Spider-Man felt like a Marvel made video game. Though bits and pieces have been changed or added to make the game’s narrative a unique stand-alone, the story was compelling, suspenseful and left me wanting more, much like how I feel watching Spider-Man cartoons and Marvel Studios’ films.

The mix of tones within the narrative was also an important factor in providing a good story. The change from a rather cheerful tone to a very dark one made the game more thrilling and gripping. It personified the very essence of Spider-Man and themes that are often found in the various Spider-Man adaptations. 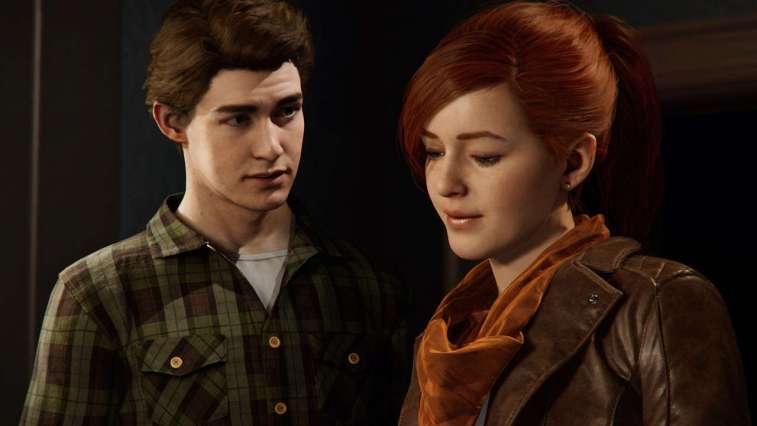 The characters within the game were all on point and though I wasn’t a fan of Mary Jane Watson being an investigative reporter for the Daily Bugle (I’m old school and preferred when she was a famous model, as per the original comic books), I could appreciate the relationships each character had with Peter Parker and Spider-Man. It was great to see many classic characters make an appearance, including villains such as The Shocker, Black Cat, Kingpin and the like, as well as the thrill of seeing Miles Morales, who later becomes the second iteration of Spider-Man, make an appearance. Being able to play as some of these characters, switching between them and Spider-Man, made the game a whole lot more interesting. Of course, there was also the added bonus of seeing various Marvel related locations, such as the Avengers Tower, Doctor Strange’s Sanctum Sanctorum, Alias Investigations and even Rand Corporation, as Easter Eggs in the game.

The game mechanics were simply smooth and fluid. One of the best and most addictive parts of the game is being able to swing from building to building throughout the city, as well as other web slinging action. It felt so good to dive off tall buildings and yet be able to swing across to another building. I was certainly hooked and having various side quests to complete was a true gift as it allowed me to spend endless hours just swinging about and performing cool acrobatics. 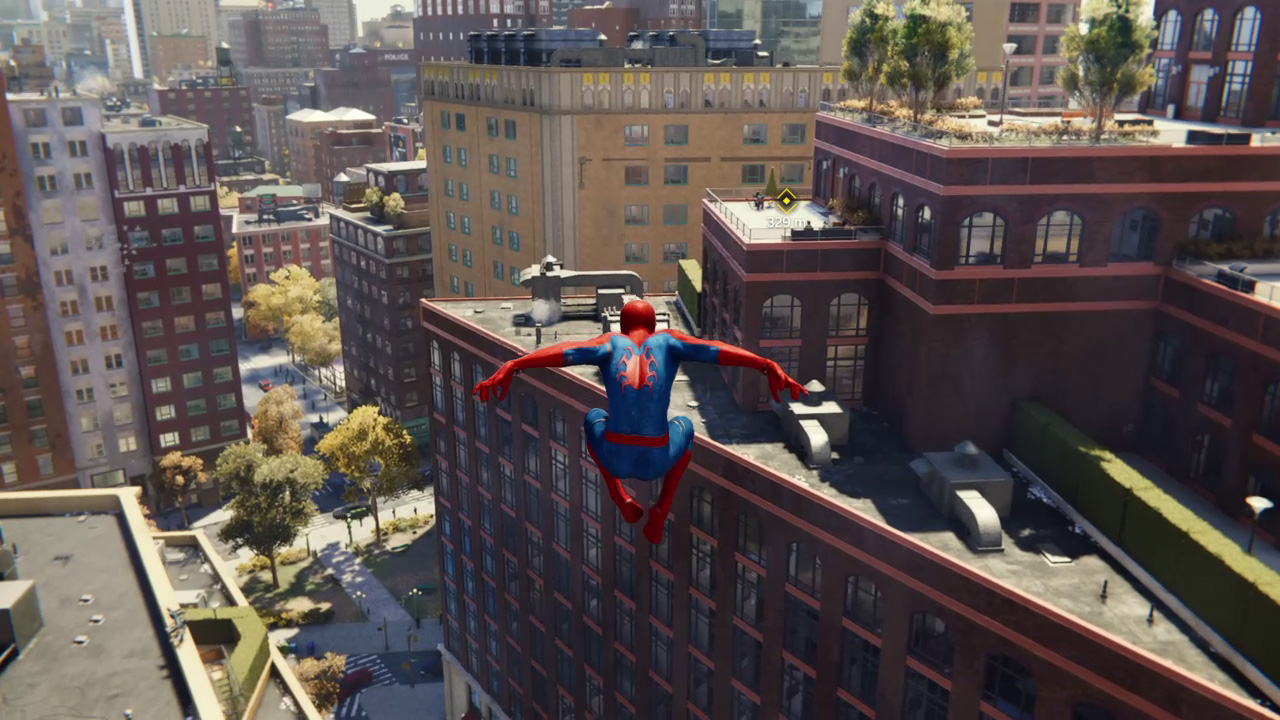 Combat was a bit of a challenge at first as it requires a good deal of coordination and perfectly timed combos. This was a bit of a struggle for me as someone who isn’t used to timed combat like that, however, having tutorials and information windows informing me what to do was a big help, though I must admit that some ‘boss battles’ were so tough for me, even on easy mode, that I ended up having to take a pause, cool off and then return for another attempt.

As an inexperienced gamer, I didn’t think too much about the combat in Spider-Man. However, my partner, Tom, played through the game as well and mentioned that the game was very much similar in style to the Batman Arkham games, which I’ve not played before. The combat, side missions and open world environment, to him, felt like Rocksteady Studios’ brilliant superhero game, though he stressed that it’s not necessarily a bad thing. It’s like they say, “If it ain’t broke, don’t fix it”.

From his more experienced gaming insight, Tom went on to say that Spider-Man also seemed to unintentionally mimic another very popular game, Super Mario Odyssey.  Here’s what he had to say:

“One of the great things about Super Mario Odyssey was that Mario felt amazing to control. The way you could smoothly “combo” moves into each other was like spreading butter on hot toast. The same can be said for Spider-Man, when you’re in the middle of a fight, all of Spider-Man’s moves seem to flow together. Punch, punch, dodge. Pull a gun out of a bad guy’s hands. Uppercut, punch, dodge bullets. Finisher move. It almost feels like you’re playing a mini game of Dance-Dance-Revolution except you’re not sweating profusely and about to collapse from exhaustion afterwards. There’s also the satisfying slow-mo when you knockout the last bad guy in the area and you know your job is done.” 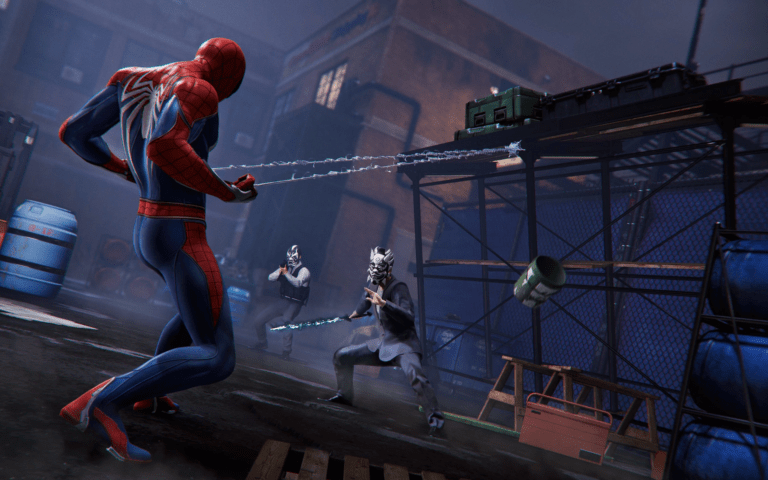 Being able to use web shooters, lift heavy objects, fight bad guys and most importantly, make use of Spider-Man’s spidey sense was a huge thrill and made gameplay enjoyable. However, what truly sent me over the edge in terms of my love for the game was the items that could be collected from side quests and the various suits that players are able to unlock. 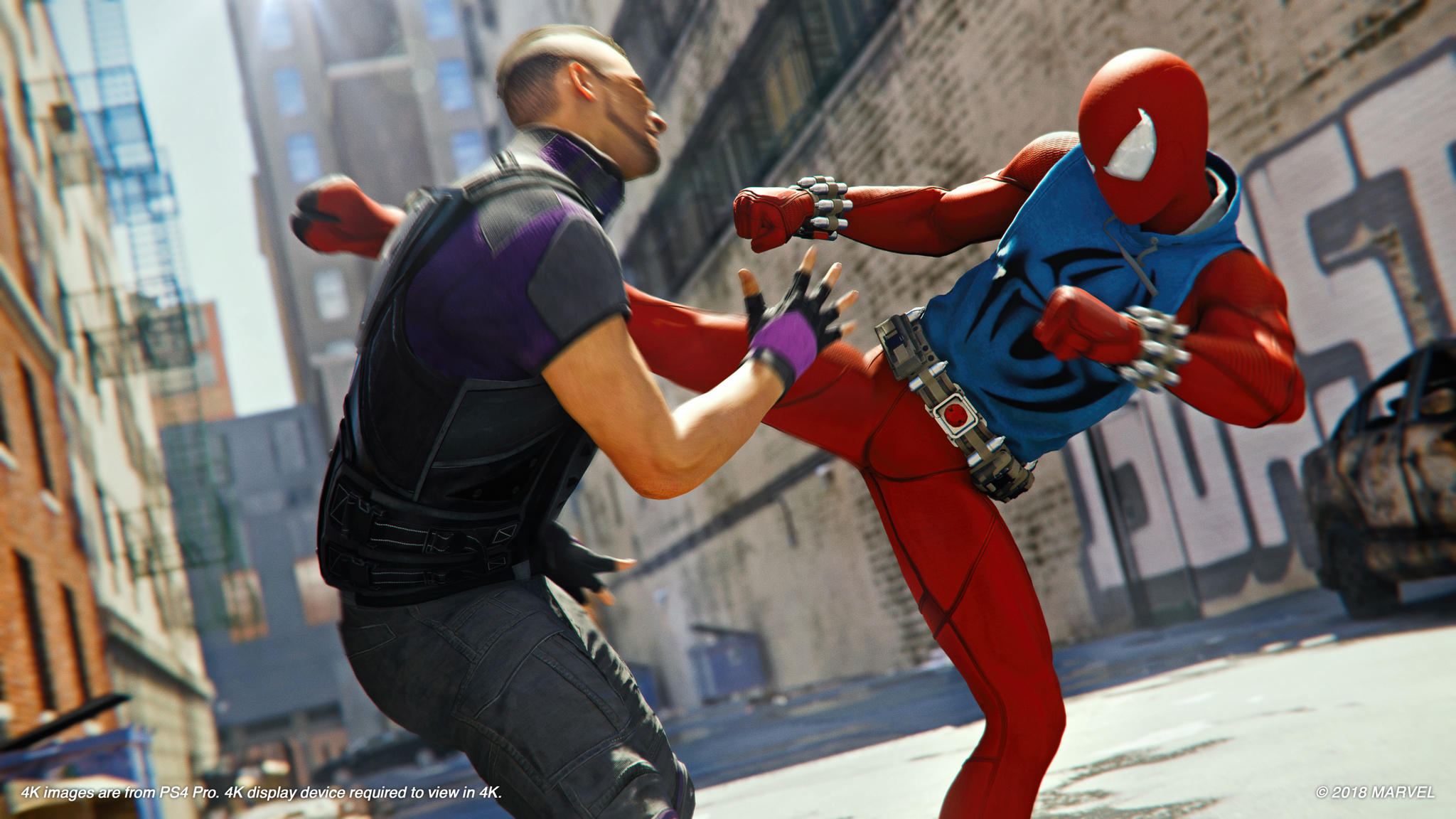 As I mentioned earlier, I’m a huge Spider-Man fan, so I know all about the various suits that Spider-Man dons over the years. Seeing most of them in the game, being able to be worn and played was such a thrill. I was so excited to see the Scarlet Spider suit, with the Clone Saga being one of my favourite Spider-Man stories to date. Of course, I nearly jumped off my seat with excitement when I saw that there was a vintage Spider-Man comic book skin, which was just so incredibly awesome! The way Spider-Man stood out in his comic book skin compared with the realistic environment around him was so fantastic, especially at parts where Spider-Man fought off baddies. 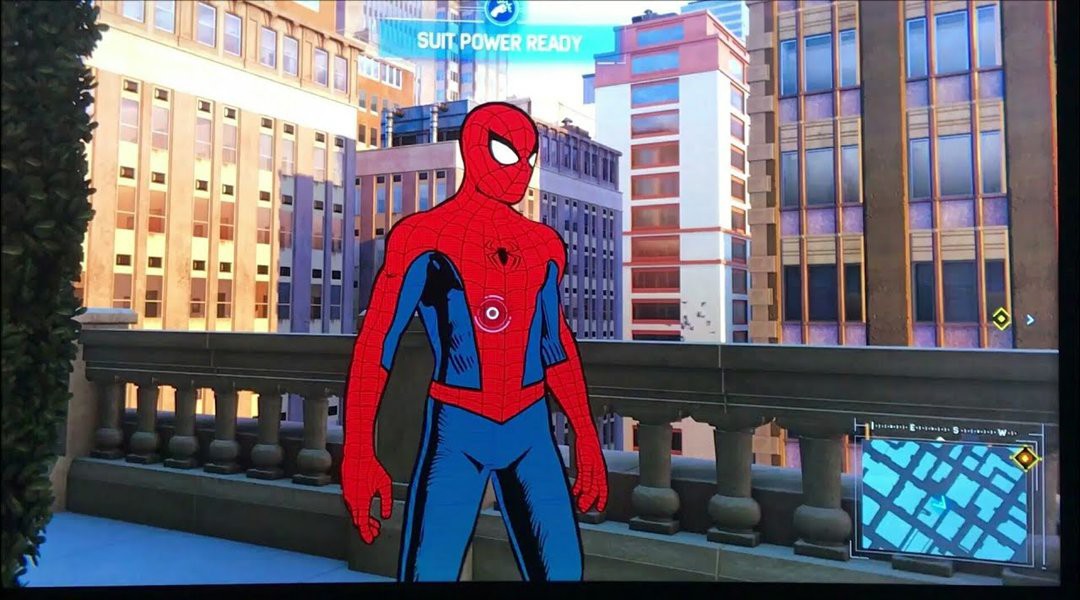 The many items being collected was also a huge bonus as we got to see some interesting items such as a piece of The Shocker’s original suit, a Spider-Man plushie, Rhino’s horn and more. All of this is so exciting, which no doubt would leave Spider-Man fans, like myself, feeling so hyped.

I won’t go any further so as to not spoil the game but what I will say is that Insomniac Games has done a fantastic job in creating a Spider-Man game that is not only in keeping with the style and essence of Marvel’s original creation but also give us an experience that is completely unique. 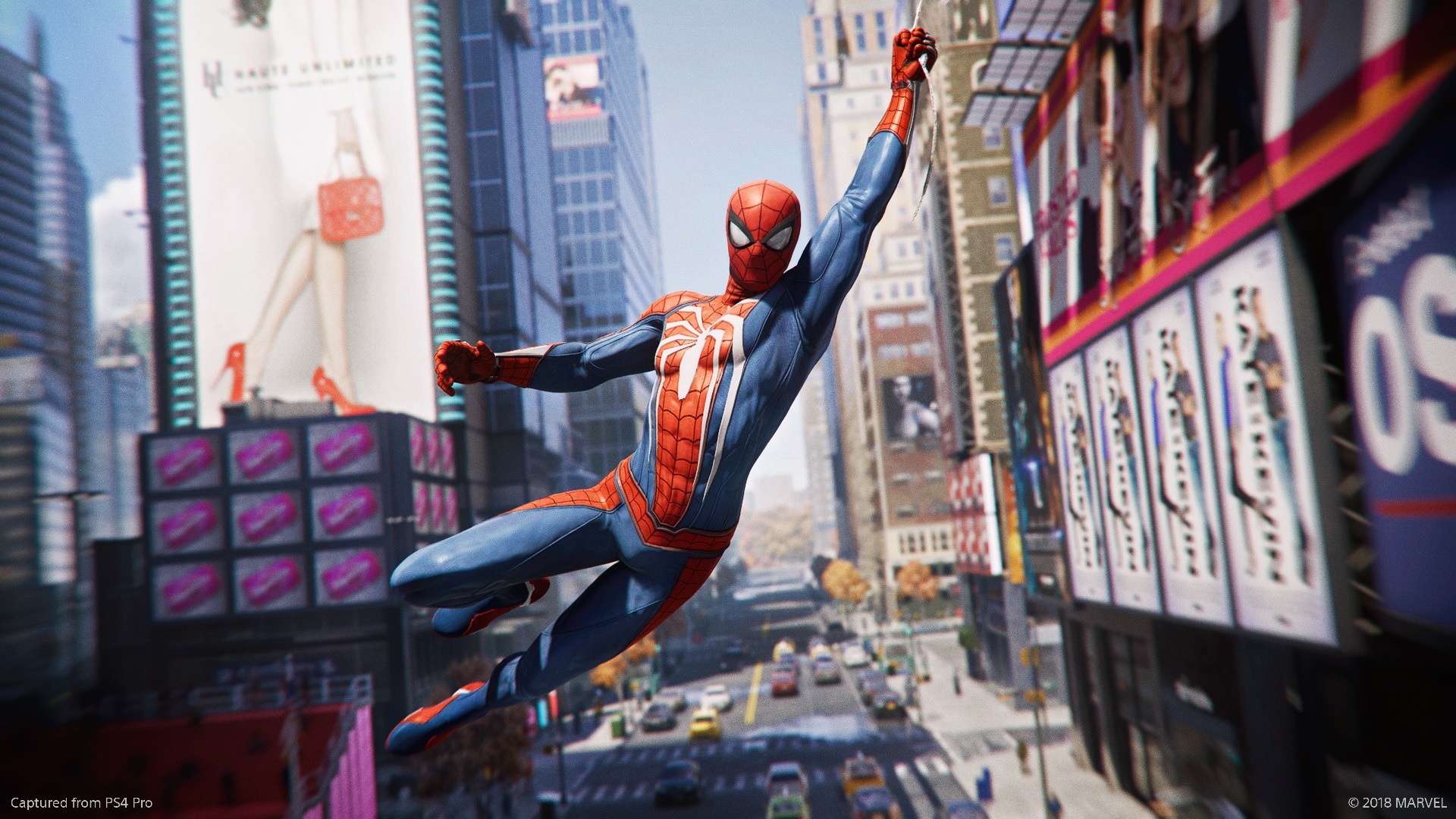 If you haven’t already picked up Spider-Man, what are you waiting for? If you aren’t already an owner of a PlayStation 4 console, I’d suggest purchasing the Spider-Man themed console (if it’s still available) to truly immerse yourself and celebrate everyone’s friendly neighbourhood Spider-Man!