“I’m going to be Hokage one day. Believe it!”

Sound familiar? That’s because those words are repeatedly said by none other than the goofy shinobi (a.k.a ninja), Naruto, an iconic anime character from one of the world’s most popular anime series, Naruto.

Naruto began as a Japanese manga series, written by Masashi Kishimoto, and was adapted as an anime series in 2002. The series follows the adventures of Naruto Uzumaki, a young ninja of the Hidden Leaf Village, whose dream is to gain the respect and recognition of his peers and to become the village Hokage, the most powerful ninja who leads the village. 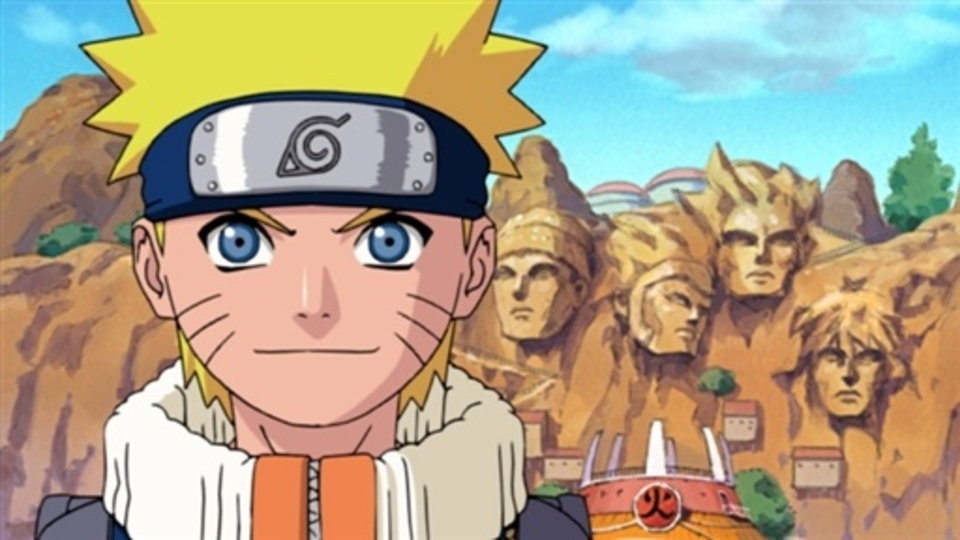 Thanks to the incredible people at Madman Entertainment, I had the opportunity to relive all 220 episodes of the first series of Naruto and what an adventure it was.

My introduction to Naruto began with a very slow uptake of the series. The initial episodes of the series introduced Naruto Uzumaki as a bratty and rebellious young ninja-in-training, who acted out as a method of gaining attention. Not only did Naruto come off as annoying but so too were the other characters that I was introduced to. Sakura Haruno, the cherry blossom haired kunoichi (female ninja) was too much of a lovestruck adolescent and Sasuke Uchiha, Naruto’s rival and the most talented ninja-in-training at the school, was just too irritating with his bad boy attitude. Together, the threesome really put me off, but having sat through a few more episodes, I came to realise that there was much more to the anime than just childish and immature antics. 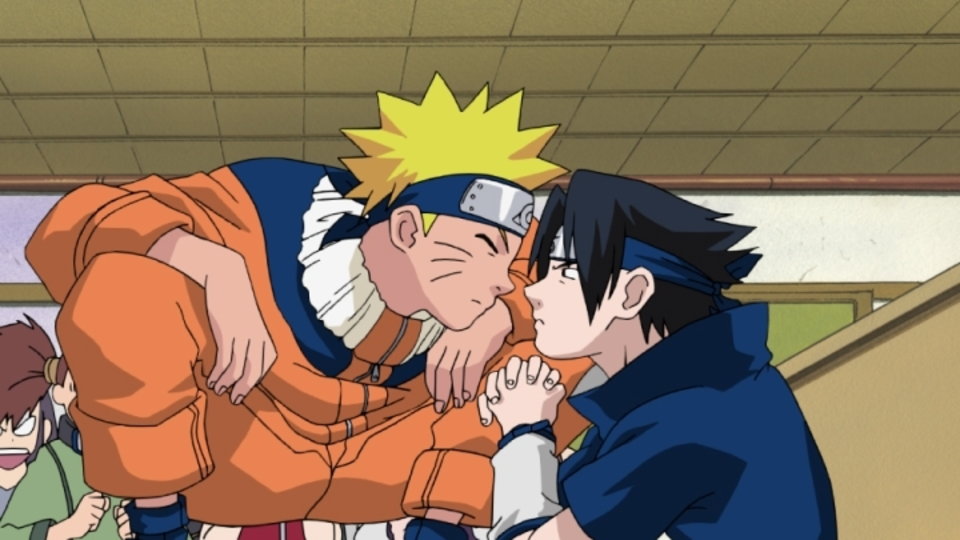 Despite being a rascal at times, Naruto’s story goes far deeper than being an orphaned boy, feared and unliked by the majority of the village. Naruto’s parents died during the village’s battle with the powerful creature known as the Nine-Tailed Fox. In order to defeat the beast, a sealing spell of sorts was cast, which sealed the beast into the only person (or in this case, baby) capable of withstanding the beast, Naruto himself. 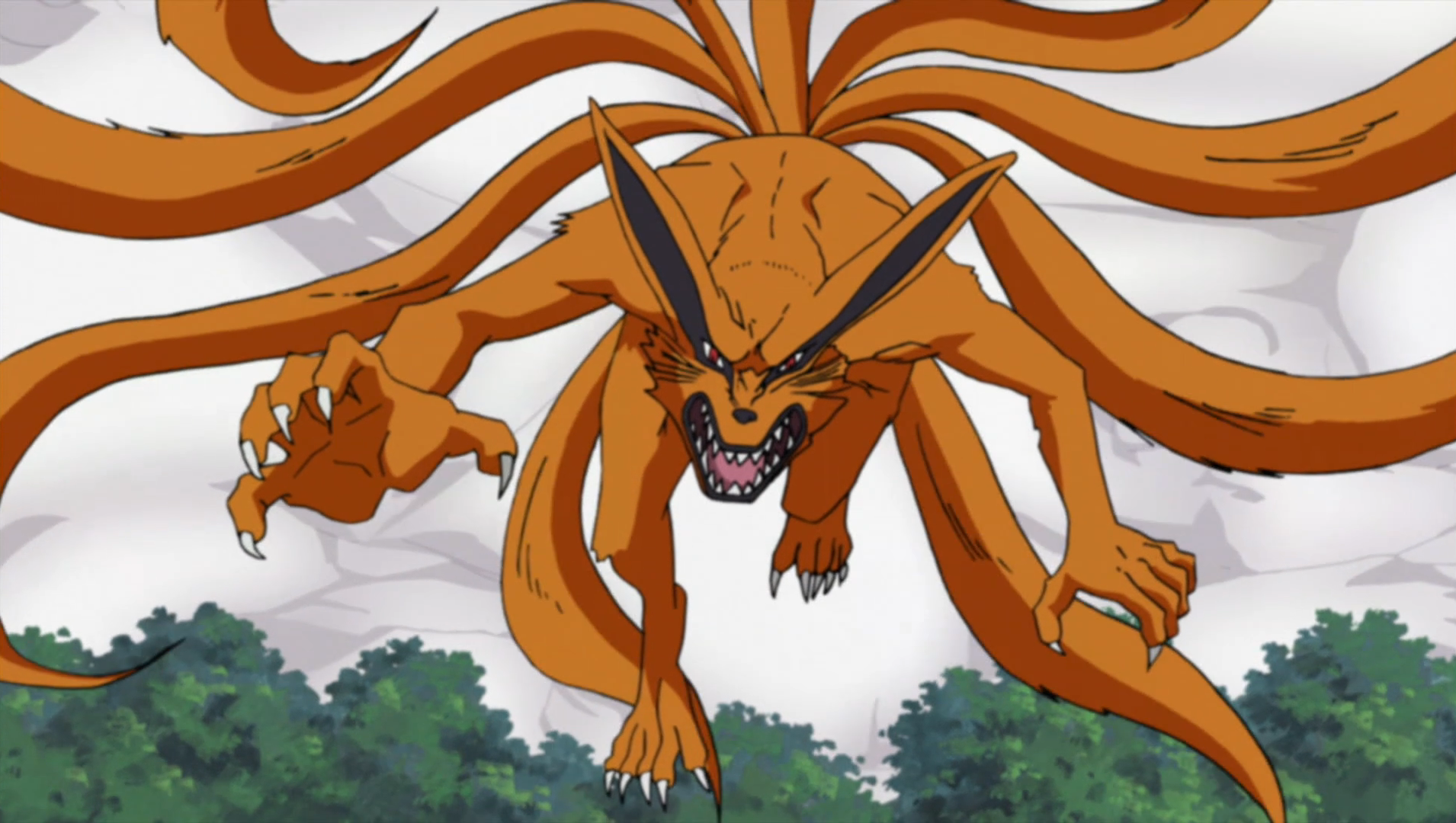 Over the course of the series, I came to enjoy the way in which the narrative depicts Naruto, Sakura and Sasuke’s journey from young ninja-in-training to fully fledged ninja capable of  defending their village from outside forces. Together the threesome are put together as a team, with their teacher and leader being the rather powerful and super cool, Kakashi Hatake, also known as the copycat ninja. Much of the anime’s early episodes depict the trials and tribulations of the team as they get to know each other and learn to work with each other as opposed to against each other. 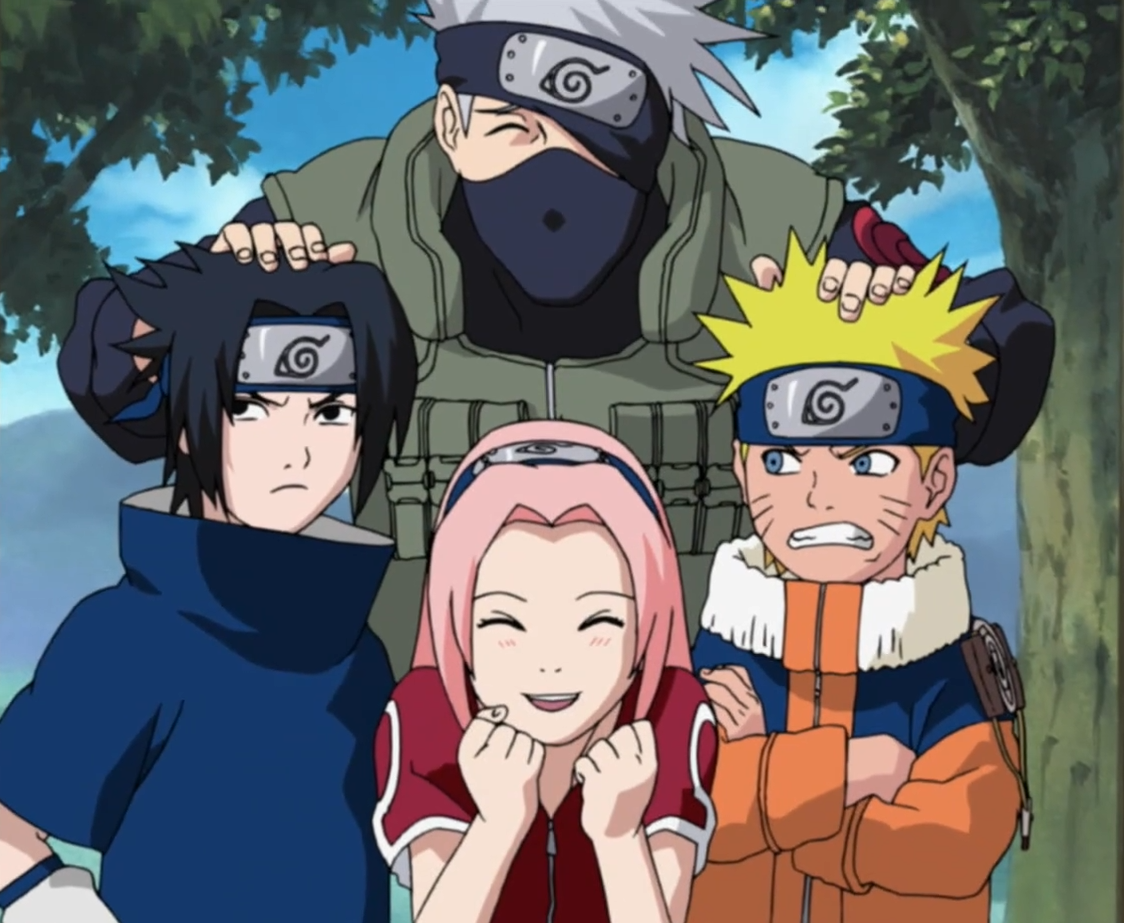 While the narrative is typical of a slice of life type story about ninjas, I was really enthralled by the rapidly changing plot, which began to showcase the evil forces at work, the changes in Naruto from being a brat to a determined and inspirational character, and the darkness that builds within Sasuke Uchiha, who has a rather interesting backstory himself.

Once the series truly kicks off, the main plot of Naruto becomes captivating and worth recommending. In addition, despite the serious tone the anime does take, what really got me hooked was the slapstick comedy and humour of the series. As incorrigible as Naruto is at times, the mishaps he gets into, along with his little fan, Konohamaru (who just so happens to be the village leader’s grandson) and mentor, Jaraiya (who actually is a really powerful ninja), is hilarious. Not only that, but several supporting characters get into rather interesting situations and have humourous reactions that made each episode entertaining to watch. 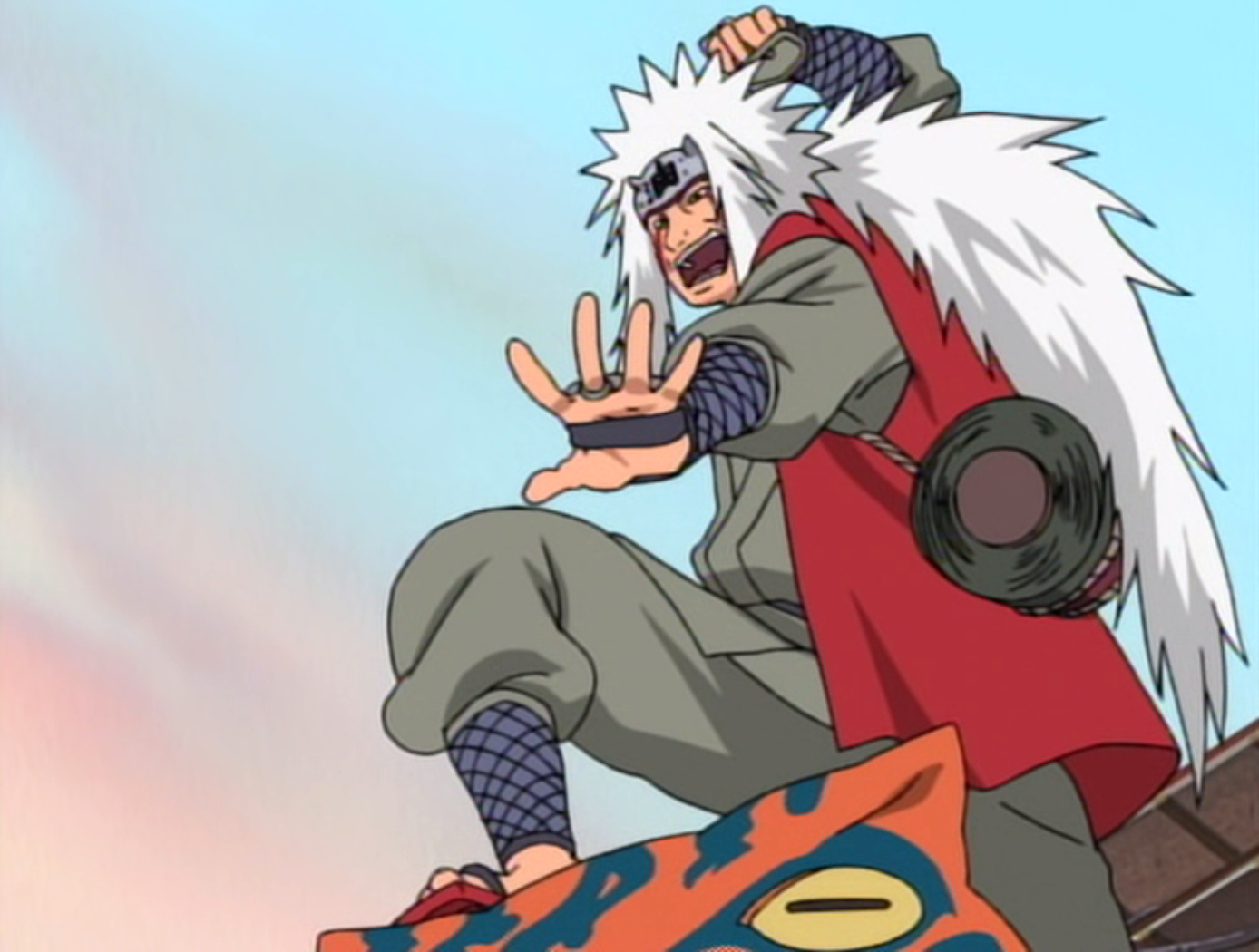 With the first series, it’s important to note that a large portion of the anime is filled with ‘fillers’, that is, episodes that showcase the characters but consist of stories that have nothing to do with the main theme and plot of the anime. Essentially, these fillers are there to simply add padding and bulk the anime up with more episodes. Before watching Naruto, I was told by many that I should skip these filler episodes as they are unnecessary. I didn’t. I watched most of the filler episodes and found them rather enjoyable as they provided background to supporting characters and provided me with more laughs. When watching the anime, I feel it pretty important to have a good, well rounded idea of all that makes up the anime.

The ending of Naruto is especially thrilling. It sets up the most epic of stories, provides us with fantastic ninja lore and history, and paves the way for a more mature Naruto to meet his destiny and become the great ninja that he has always dreamed to be. With such a solid build up, the next series, Naruto: Shippuden is sure to entertain. 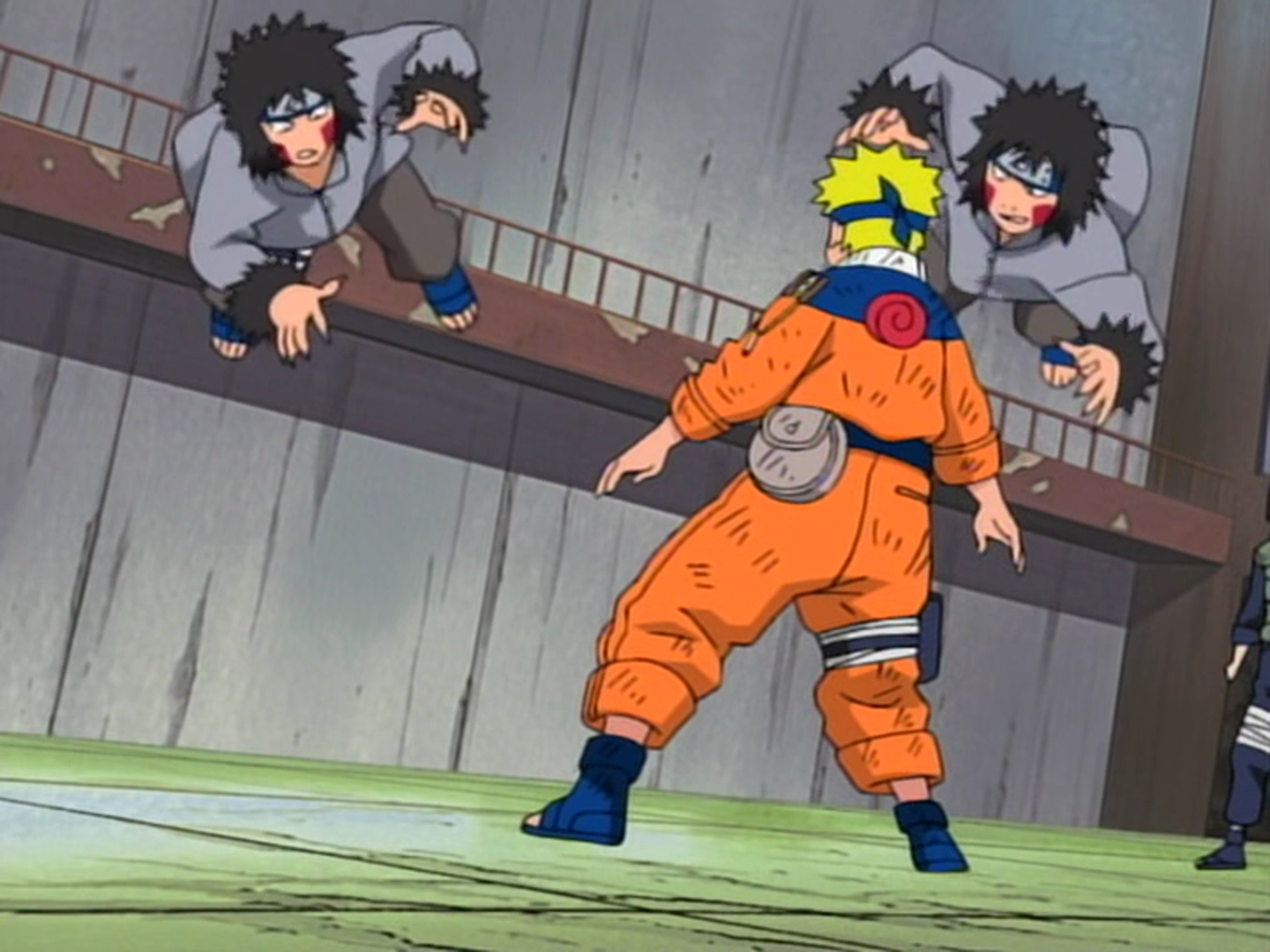 While I normally prefer slightly dark and gritty thrillers, I thoroughly enjoy superbly well written anime and those that have the ability to tickle my funny bone. Naruto certainly fits the bill. As the first ever anime series I’ve ever watched (does Pokemon count as anime?) from start to finish, I highly recommend Naruto to all anime fans. It’s almost a cult classic much like Dragon Ball Z and One Piece. It’s definitely a must watch series. 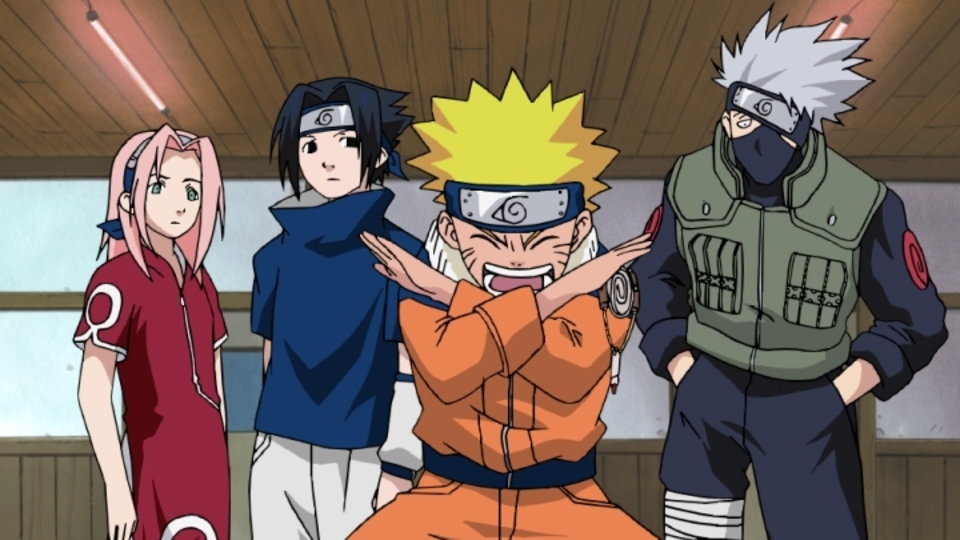 As an aside, for those who are fans and enjoy good anime soundtrack, Naruto also has one of the best anime soundtracks I’ve heard. If only there was a collection on Spotify or CD available somewhere.