A Guided Walk Through of PlayStation’s ‘Days Gone’ at E3

Whilst the Last of Us 2 failed to make an appearance at E3 this year, Days Gone was definitely the game to fill the void. From the team that most notably brought us Syphon Filter, Bend Studio brings us another take on the post-apocalyptic, action-adventure, survival horror genre with Days Gone. 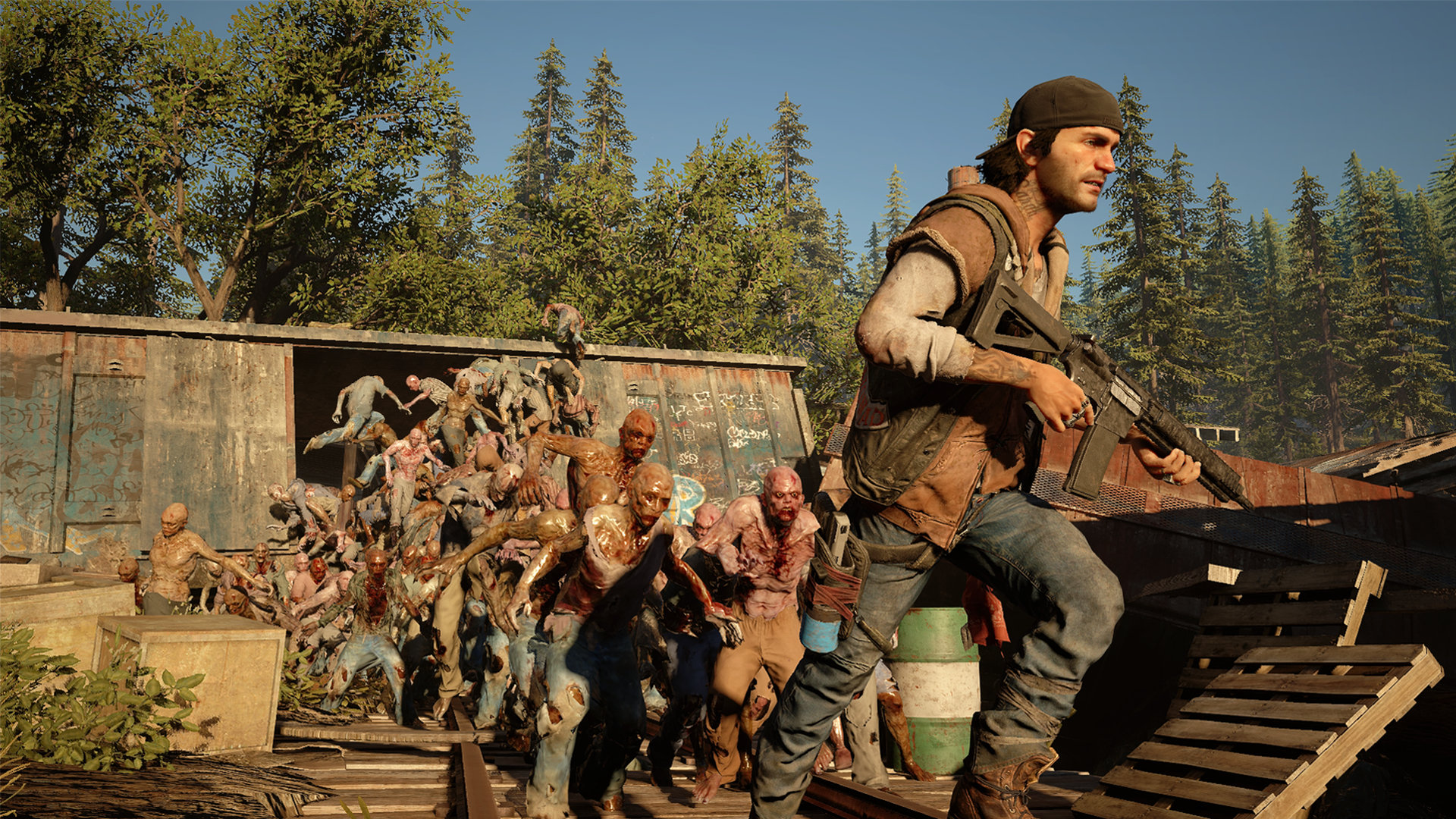 The game is set two years after a major global pandemic, which has wiped out most of humanity and turned millions of others (animals included) into mindless, zombie-like monsters. In the game, players play as Deacon St. John, an ex-military man turned biker, who is trying to survive in this harsh new world.

While at E3 this year, Sony kindly provided us with sneak peek at some gameplay. Though we only saw about fifteen minutes worth of gameplay, there was just so much going on. Our guide for the presentation, Emanuel Heart from Bend Studio, walked us through the same mission as the one displayed at the PlayStation Media Showcase. However, instead of Deacon being Solid Snake and sneaking through the level, this time he was John Rambo. One of the main points that was made, which was seen through our guided gameplay, is that Days Gone isn’t a linear game with a ‘correct’ way to do things; each mission within the game can be taken on in whatever way the player chooses. Looking to sneak your way past the Freakers and the Horde? No problem. Care to announce to everyone, dead or alive, that you’re coming by going in guns blazing? Sure, that’s fine too.

Although, as we learnt early on, players may want to consider the timing when deciding to perform certain actions. This is because, as we learnt from our gameplay walk-through, the world within the game is considered to be a living and breathing thing. There will be day and night cycles and dynamic weather throughout the world and this is going to affect the people (and monstrosities) inside it. The people inside the game will go about their day to day business regardless of whether the player is present, and this can lead to plenty of unscripted events taking place throughout a player’s time within the game. Games like this are fantastic as it gives players the ability to experience moments within the game that only they can experience. Others who play Days Gone may experience the game in a much different way. In this manner and in many other ways, Days Gone is reminiscent of games such as Fallout and Skyrim, both huge hits in their own right.

After our Days Gone session, we’re convinced that this will be a fantastic game to pick up on PlayStation 4  upon release.