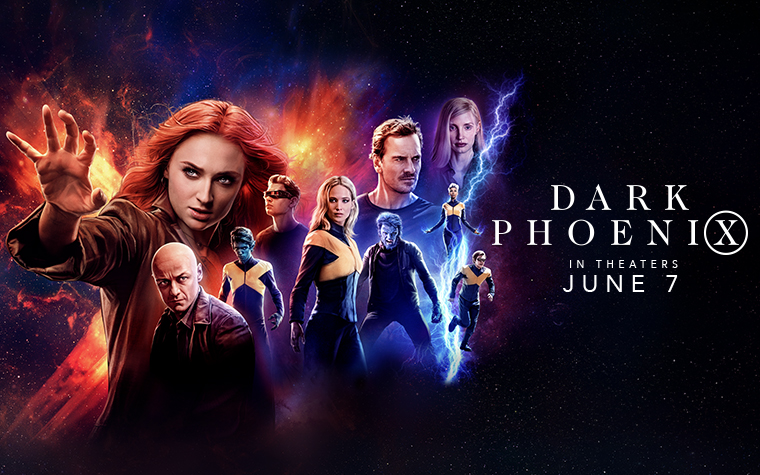 After nearly two decades of X-Men films, the franchise officially comes to a close with X-Men: Dark Phoenix (“Dark Phoenix”).

Most of you will know that more than anything else pop culture and film related, I am first and foremost, an X-Men girl. The X-Men are the reason behind my love of comic books, a love that has seen me collecting silver age X-Men comic books from a young age. That love only grew upon discovering the 90s X-Men animated series, the subsequent cartoons, X-Men: Evolution and Wolverine vs The X-Men, and of course the many X-Men films over the years.

Suffice to say, the X-Men have played a huge part in my life. I could go on about all the reasons why the X-Men mean so much to me but I’ll save that for another day. Let’s just say, that anything X-Men related usually gets me incredibly hyped.

So, when Dark Phoenix was first revealed, I was thrilled. After the disappointment that was X-Men: The Last Stand (“The Last Stand”), which I thought did a disservice to two of my favourite characters, Cyclops and Jean Grey, I had hoped that Simon Kinberg, who wrote The Last Stand as well as wrote and directed Dark Phoenix, would learn from past mistakes.

Unfortunately, after watching the film, that didn’t appear to be the case and though it wasn’t the worst film, it certainly didn’t do the Dark Phoenix Saga, one of the best X-Men story arcs, justice on the big screen. 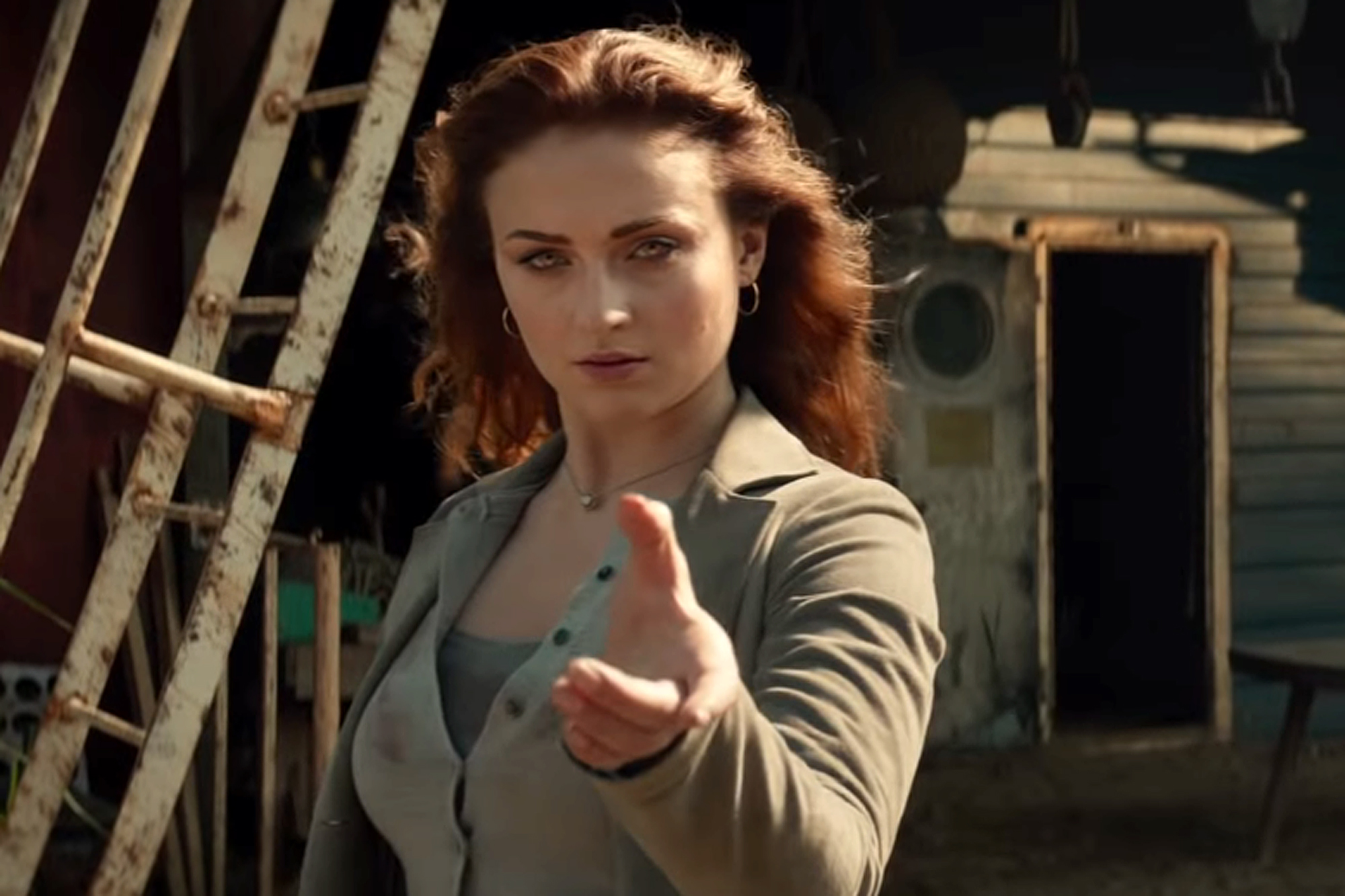 Dark Phoenix essentially follows Jean Grey’s rise and fall, upon becoming the host for the unstoppable and destructive force known as the ‘Phoenix Force’. The film essentially follows the Dark Phoenix Saga narrative in which Jean is unable to control the power within her, causing her to destroy all in her path, and the X-Men’s challenge in trying to stop, as well as save, her.

Unlike The Last Stand, which portrayed an older cast of X-Men and a more mature Jean Grey, Dark Phoenix followed a younger group of characters, with Jean (played by Sophie Turner) being in her late teens to early twenties. Though character age didn’t quite affect the story, I did find Turner’s acting as an emotional and confused mutant to be lacking, especially in comparison to the more seasoned actress, Famke Janssen’s portrayal of the same character. Janssen’s version of Jean was more heartfelt, with her inner turmoil being much more evident through effective use of emotional expressions and…well, decent acting. Turner, on the other hand, felt a lot colder, and her inner struggle with being a force for destruction was something that didn’t translate well on screen. Unlike Janssen’s Jean, I found myself struggling to feel any kind of empathy and sympathy for Turner’s version of Jean, as much as I wanted to. 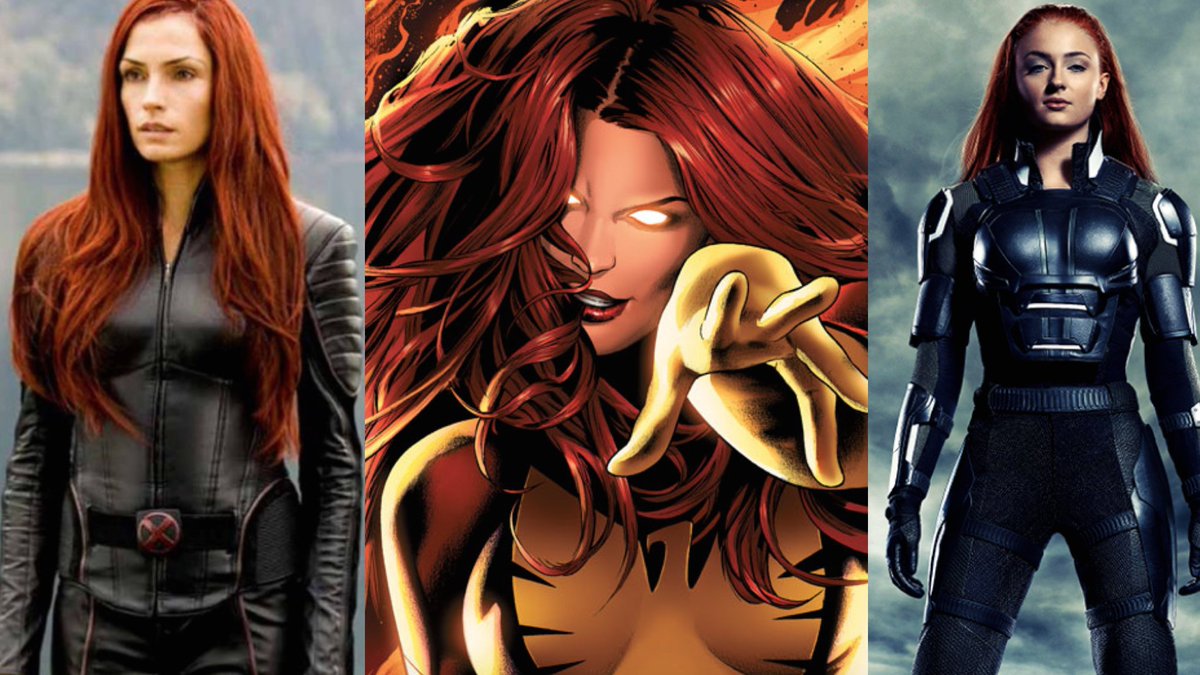 The characterisation in Dark Phoenix overall felt incredibly lacklustre and completely detracted from the X-Men characters we all know and love. Where previous films portrayed a strong, tight knit team, who were more like family, the team in Dark Phoenix felt disjointed.

Cyclops has always been a challenging character to portray. James Marsden’s version was, sadly, not the kind of bold and strategic team leader the comics had made him out to be. Though Tye Sheridan certainly showed Cyclops’ leadership potential and truly tried to illustrate Cyclops’ immense love for Jean in Dark Phoenix, the emotions were just not there. Even the embrace between Cyclops and Jean Grey felt forced and unconvincing. 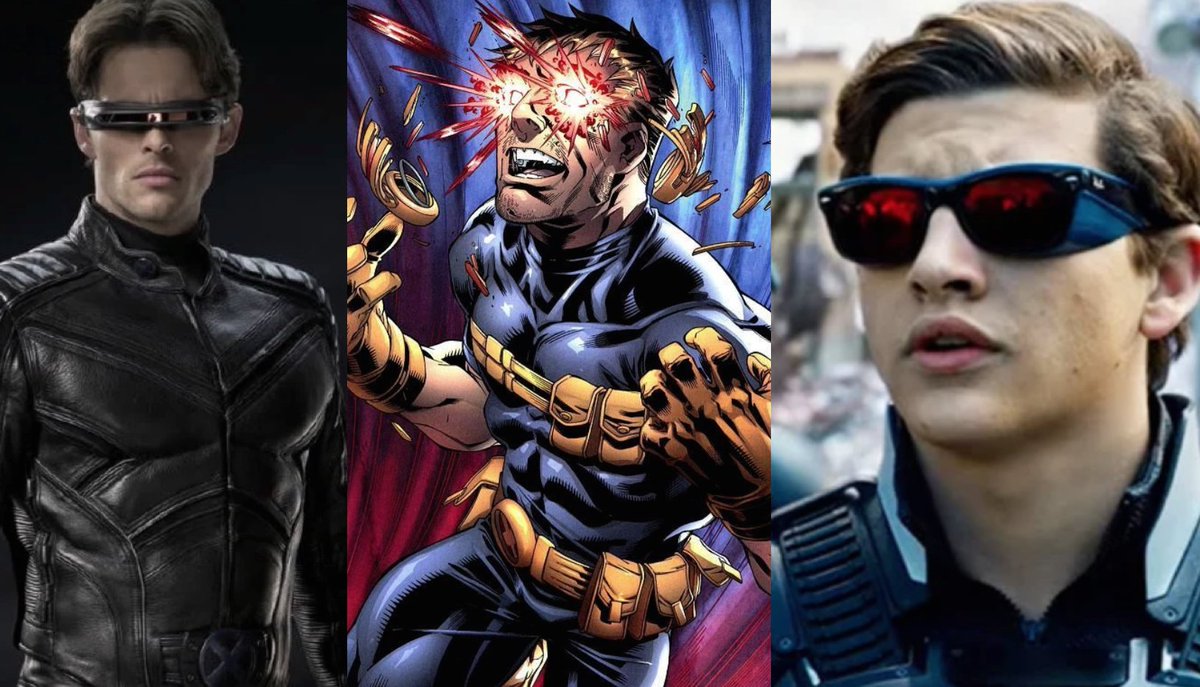 The other characters were much of the same, especially in comparison with their counterparts in the previous X-Men films. Storm (Alexandra Shipp), Nightcrawler (Kodi Smit-McPhee) and most importantly, Mystique (Jennifer Lawrence), severely lacked the kind of presence that Halle Berry, Alan Cumming and Rebecca Romijn had in their portrayal of those respective characters. Considering their mutant abilities, these characters appeared weak and forgettable in Dark Phoenix, especially Mystique, whose sole purpose in the film was to act as the antagonist to Charles Xavier (James McAvoy). Lawrence’s performance was shockingly terrible given her calibre as an actress. There was certainly more that could have been done with her involvement in the film and the way Mystique was portrayed, given her nature in the comics and previous films, was completely and utterly disappointing.

Then there’s good old Charles Xavier. For as long as I remember, Xavier was a man who worked to unite man and mutant-kind, to illustrate harmonious coexistence and provide a safe haven for mutants to learn to control their abilities. For all his flaws, he certainly wasn’t an egotistical man who only cared for glory and boosting his own pride. However, this is exactly what the current slew of X-Men films, after First Class, have been portraying him as: a self-centred man, playing at being a Professor. In Dark Phoenix, the very essence of Professor X was missing entirely. At least Patrick Stewart remained true to the character of Charles Xavier, right to the very end, (i.e. his death in The Last Stand). Perhaps, this is in part, due to the lack of maturity of the characters, being much younger than previous films and adaptations.

Of the lot, the only characters who didn’t feel out of place was that of Magneto (Michael Fassbender), Beast (Nicholas Hoult) and Vux (Jessica Chastain). Thankfully, the characterisation of these characters managed to provide balance to the film…somewhat, though they were nothing spectacular.

Now I’m not sure if there is any correlation, but Kinberg was also the screenwriter for the X-Men films, Days of Future Past and Apocalypse, as well as the failed 2015 Fantastic Four reboot. Though I found the two X-Men films acceptable, it certainly could have been done better, and don’t get me started on Fantastic Four. Perhaps Kinberg’s writing is the common factor behind the lack of heart, pizzazz and a solid narrative for all of these films. From the sounds of it, I’m not the only one who feels this way.

As a film, Dark Phoenix dragged on and the action sequences were nothing compared to previous films. The interactions between the villains of the film and the X-Men also felt very rushed and therefore, not enough backstory was given to Vux and her people. 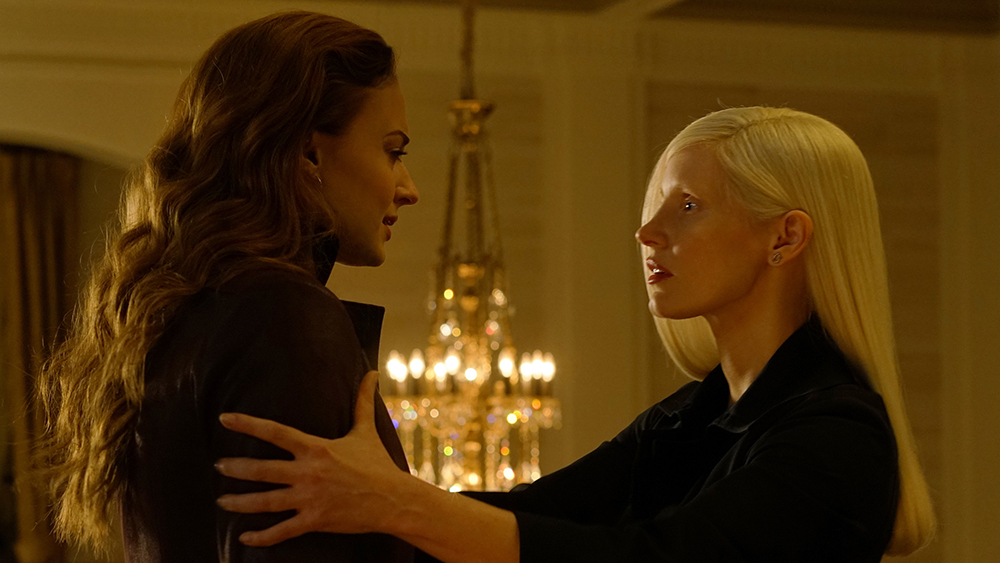 Visually, Dark Phoenix appeared to be like all the other X-Men films, with high end graphics being used to portray the various mutant abilities. Apart from the depiction of the Phoenix Force, there was little else that was truly appealing graphically, which was a surprise. Again, The Last Stand felt far more impressive visually. Additionally, there wasn’t any kind of memorable soundtrack to go along with the film, which was surprising as often, a musical score can add wonders to the tone of the film.

For someone who thought The Last Stand was the worst X-Men film, watching Dark Phoenix made me realise that it wasn’t necessarily as bad as I thought. Personally, I felt that there was so much more that could have been done to truly end the X-Men film franchise on a high. Instead, Dark Phoenix managed to fizzle out the franchise in a way rather forgetful way. Regretfully, there was nothing that I could confidently say I truly enjoyed about the film and to be quite honest, I’d rather forget this film exists. 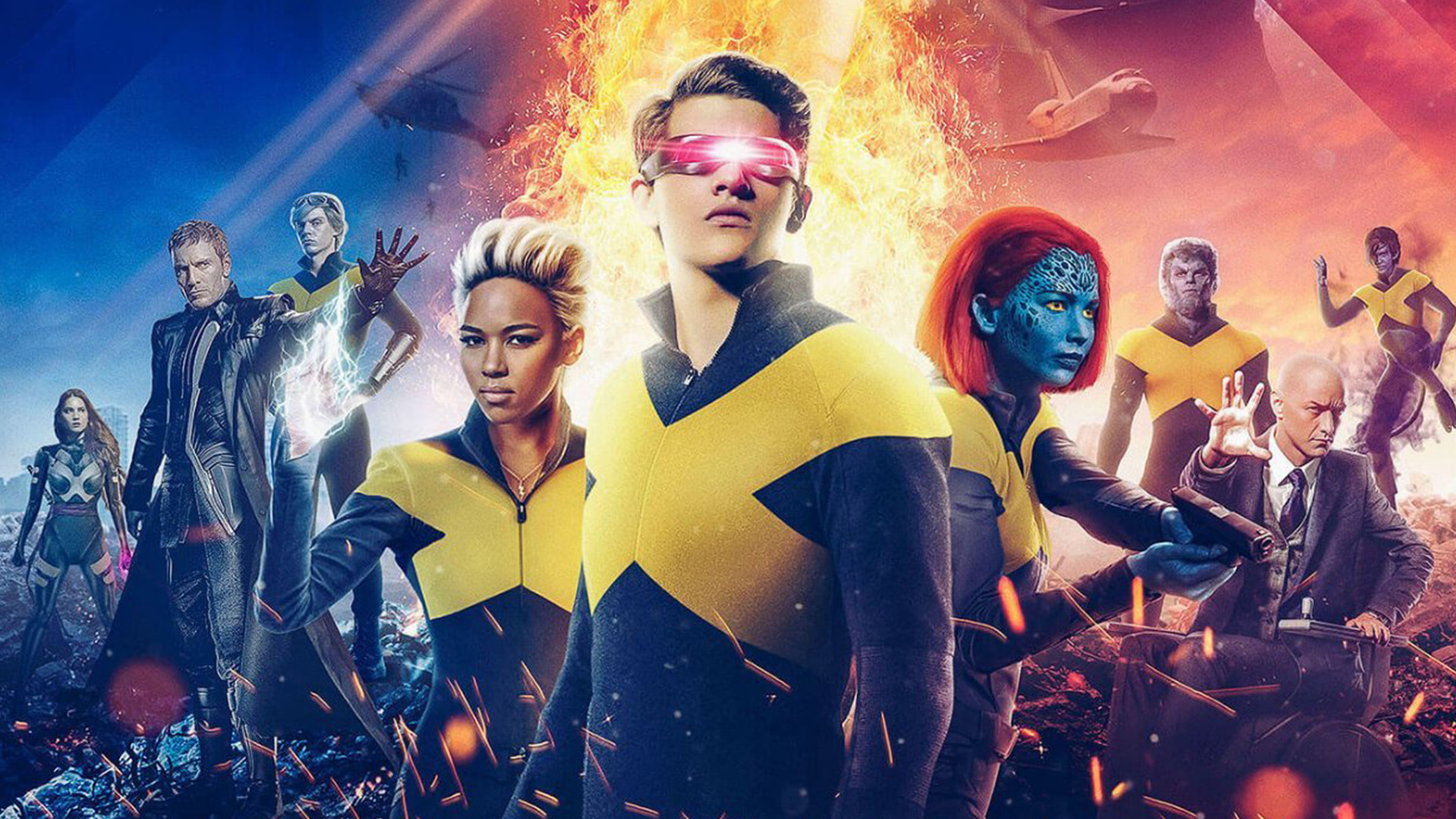 Perhaps the X-Men franchise and the Dark Phoenix Saga, in particular, is one that just can’t be adapted for the big screen. Or maybe, sticking to source material would be best. Either way, the Dark Phoenix film was not as I had hoped, though, I would be lying if I said it wasn’t expected. Hopefully one day, the X-Men will get their due on the big screen. Until then, I’ll just stick with the cartoons and comic books. 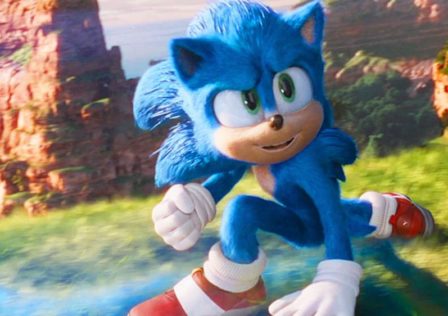 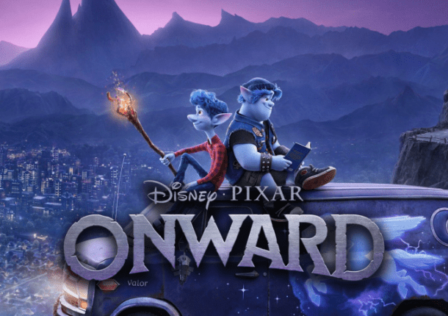 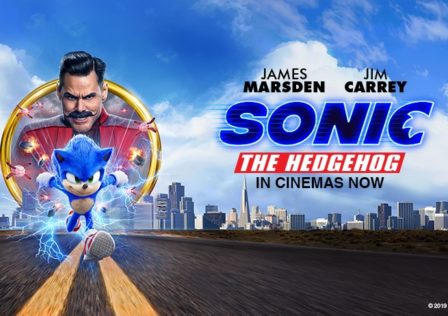