The Star Wars franchise is one that I will always hold dear to my heart. From the original trilogy, in which I was introduced to the hero that is Luke Skywalker, the witty pilot, Han Solo, and the fiesty Princess Leia Organa, all the way to the prequel trilogies, where I learnt of the darkness that led to Anakin Skywalker’s demise and eventual rise as the fearsome villain, Darth Vader; Star Wars is a film franchise that opened my mind to the impossible and taught me to look beyond the stars.

When Star Wars: The Force Awakens released, I was left with a difficult dilemma, whether to enjoy the film due to it being part of a series I thoroughly loved and enjoyed, or to be disappointed at the fact that the villain in the film was a whiny man-child. So, when its sequel, Star Wars: The Last Jedi (“The Last Jedi”) was announced, I was a little hesitant, not wanting to have one of my all time favourite sci-fi film series to turn into a disappointment.

The Last Jedi, released yesterday here in New Zealand and the hype amongst fans was gloriously strong. Directed by Rian Johnson, The Last Jedi is the 8th installment of the epic space saga that is Star Wars and completely blew my mind in a way I’d only felt once, while watching Star Wars: The Empire Strikes Back.

In many ways, The Last Jedi improved upon everything that felt ‘wrong’ in The Force Awakens. Starring an ensemble cast consisting of Mark Hamill, Carrie Fisher, Oscar Isaac, Adam Driver, Daisy Ridley, John Boyega, Benicio del Toro, Gwendoline Christie, Domhnall Gleeson, Lupita Nyong’o and oh so many more, I had an inkling that the film would be much better this time around (well, mostly because Luke Skywalker would be back).

Each of the characters were given more screen time, which allowed for more character development and emotional kinship. The incredibly well written plot allowed for each and every character to showcase their strengths. Where we caught glimpses of Poe Dameron’s skills as a pilot in The Force Awakens, we’re now able to see more of his personality. Likewise, The Last Jedi shows off Leia’s prowess as a General and a leader of the Rebel Alliance, something that was somewhat fleeting in the previous film.

Of course, the highlight of the entire film was Luke Skywalker’s return, which was done in a completely unexpected way. Where in the previous films, Luke was a daring, strong hero, in The Last Jedi, we see him older, tired, and interestingly, a lot similar to Master Yoda when he went into seclusion. Watching Rey attempt to bring Luke back to help the Rebels and subsequently training under him, is remarkably similar to the interaction and training between Luke and Yoda in swamp-like planet, Dagobah. Perhaps this was Johnson’s clever way of using foreshadowing in the film, or at the very least, his way of depicting Rey as being similar to Luke, when he was first introduced to the force. 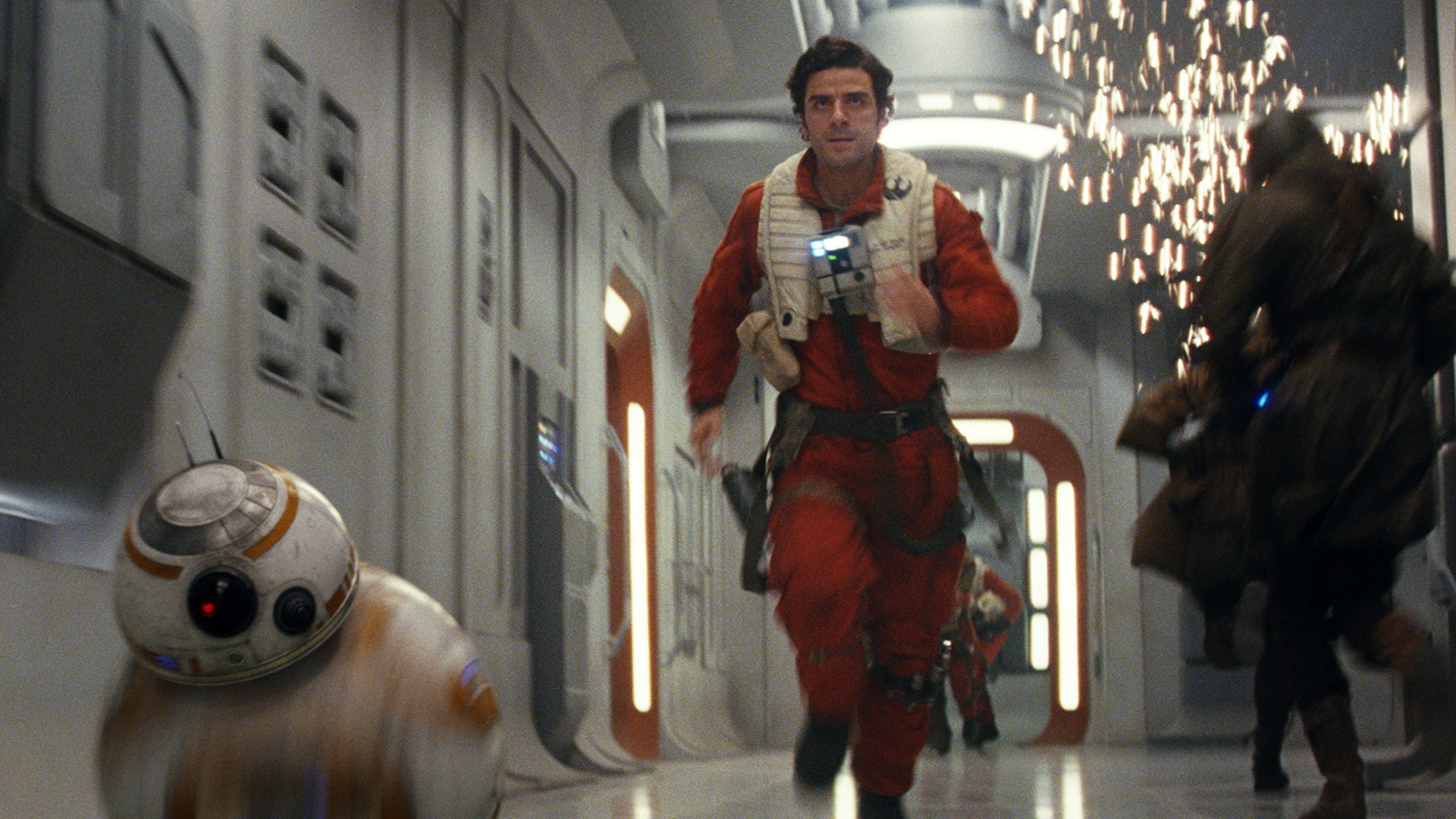 There were several other instances in which the similarities between the older and younger generations shone through. While Rey was like Luke, Kylo Ren (or rather, Ben Solo) possessed the same raw rage that Darth Vader (his grandfather, Anakin Skywalker) had. The only difference is that Anakin was more skilled at honing his rage, whereas Ben/Kylo is still very much a boy with a very large chip on his shoulder. Watching the ‘big bad’ Kylo Ren throw a hissy fit doesn’t get old. Adam Driver, the actor portraying Kylo Ren, somehow manages to make temper tantrums extremely funny to watch.

Several aspects of the film paid homage to the Star Wars history with references, both direct and subtle, to places and even notable characters, in the franchise. Together with a plot filled with suspense and twists, The Last Jedi was an adventurous watch and left me on the edge of my seat.

One of the ways in which the film completely enthralled me and captured my attention was through the emotionally poignant scenes that carried through the film, something that I don’t quite recall experiencing in the original trilogy but felt an inkling of in the prequel trilogy. This is after all, a story about family and the destruction that comes when darkness splits a family apart. What makes it all more emotionally turbulent is the fact that for many viewers, the Star Wars franchise is one which they, just like me, grew up with. We grew up watching the incredible bond and friendship between Luke, Han and Leia. Then we were introduced to a similar bond develop between Anakin and Obi-Wan Kenobi. Star Wars quickly became a Skywalker saga and for those of us who are fans, the demise of the Skywalker family is heartbreaking. Watching this continue on in The Last Jedi was just a bit too much to handle, in a good way.

No Star Wars film exists without fantastic action scenes and visual effects, and The Last Jedi is no different. Right from the get-go, the entire galaxy is alight with striking colours as the Rebel Alliance and the First Order engage in a space battle. Not only that, but the scenery present throughout the film is filled with colourful and serene landscapes. Of course, the greatest thing about the entire film is most definitely the Porgs, cute little birdlike creatures with the most distracting puppy-dog eyes that make you just want to go “aww”.

The Last Jedi could easily overtake The Empire Strikes Back as the best Star Wars film to date, given the character development, the emotional moments, the brilliant subtle throwbacks and references, the amazing visual effects, fantastic soundtrack and of course, the new direction in which Johnson is taking the franchise. The only downside, is not being able to learn the answers to the questions I’d had prior to the film. Perhaps Episode 9 will provide me with those answers I need.

Nevertheless, Star Wars The Last Jedi was so enjoyable that I need to watch it again. There were just too many scenes that deserve to be rewatched, along with several funny moments that will make viewers laugh out loud. My faith in the Star Wars franchise has certainly been restored and I look forward to what the next installment brings to the franchise and to the Skywalker saga.